Phyllis and I in Kansas!

So we’re off on our Journeys again. Yesterday’s main goal was to check a couple of states off the list (states #43 & #45 for me). And along the way we aimed to find a geocache or two. 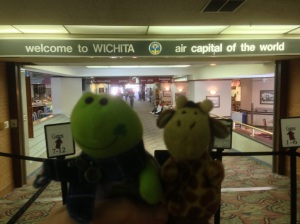 Welcome to Wichita – The Air Capital of the World!

After way too little sleep, we flew from one of the world’s smallest airports (Waterloo Regional Airport), via one of the largest (Chicago’s O’Hare), to the Air Capital of the World… at least that’s what the sign in arrivals says. Who knew Wichita, Kansas, was such an aviation giant?! And all before 10.30 am. 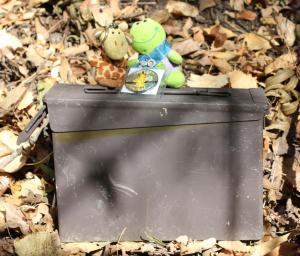 We found it! – The Kansas Fizzy Challenge geocache

Once out of the airport, our first stop was the Kansas Fizzy Challenge geocache. Characterised by the maximum difficulty and terrain ratings, this type of cache – known as a 5/5 in geocaching circles – is much sought after.

Next we took a brief detour to Oklahoma (as you do). We dipped our toes into the state just long enough to grab a handful of caches, before turning tail and heading back to Kansas. Then began the main drive of the day, almost 400 miles to Goodland near the border with Colorado.

Who says Oklahoma is flat! 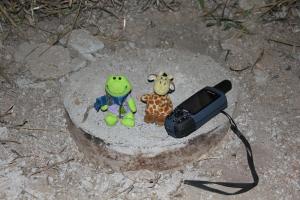 Didn’t find in! – But it’s not really our fault

Shortly before Goodland, in an oddly-named place called Mingo, is a bit of a geocaching Holy Grail: the world’s oldest active geocache. The cache at Mingo has been there since May 2000 and has been found by over 2500 people! Imagine our disappointment when we arrived at the site at 9:30 pm, under a perfect Hallowe’en Moon, to discover that some spoilsport has buried the cache under a bucket-load of concrete. Again.

The Mingo cache really is in the middle of nowhere. It disturbs no one. It harms no one. So it makes you wonder exactly what sort of person gets pleasure from spoiling the innocent fun of a bunch of strangers. Especially when they don’t get to see their disppointment. It seems that some people simply like upsetting others… 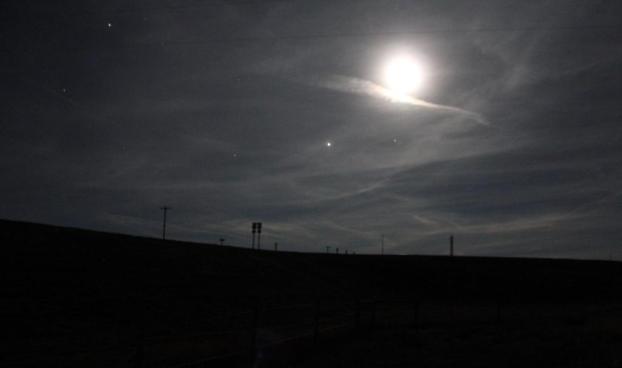 Not that they succeeded with us. We had a great day in Kansas (and Oklahoma) and one vandalised cache was just a minor disappointment. And today we leave the plains behind and head to the mountains of Colorado!