I’m back at last!

Normally I try to post a blog every Thursday, but last week my friends and I were busy trotting a bit more of the Globe. This week, I at least managed to start writing my blog on Thursday (yesterday). Unfortunately, I didn’t quite get it finished, since it was Rich’s birthday and I couldn’t get him to focus (I rely on him to type for me… it’s not easy using a keyboard when you’re only 3½ inches tall!). 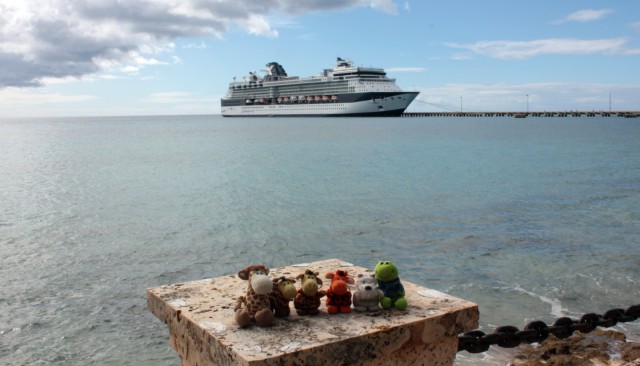 But enough excuses – back to our adventures of last week. We were reunited with the beautiful Celebrity Summit cruise ship, which we last sailed aboard in Alaska (back in 2007). This time the Summit took us island-hopping in style, to no fewer than six Caribbean Islands! There’s nothing quite like going to bed in one place and waking up to find your hotel has relocated to somewhere new.

One thing that really struck me on our trip was the distinct character of each island. I was quite surprised by this, especially given that most of them share similar geological and historical origins. 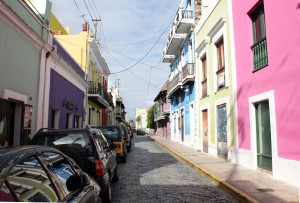 Having said that, our starting point – Puerto Rico – was definitely the odd man out. In fact, being considerably larger than our other ports of call, it would be easy to forget Puerto Rico is an island at all. Even before you hear people speaking, its Spanish heritage is very clear, especially in Old San Juan. Still, there’s something undeniably American about PR. It’s a bit like Florida… with mountains! 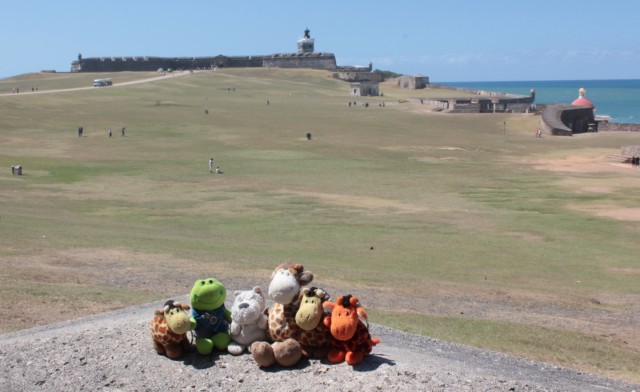 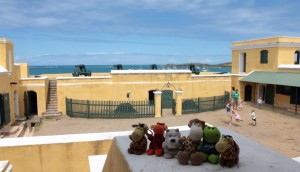 Unsurprisingly, the US Virgin Islands also have a very American tone to them. St Thomas has to be the world’s most beautiful shopping mall. St Croix is a little more unkempt, but wears its history more openly. Both have a certain home-away-from-home feel, thanks to the numerous American ex-pats that live there. 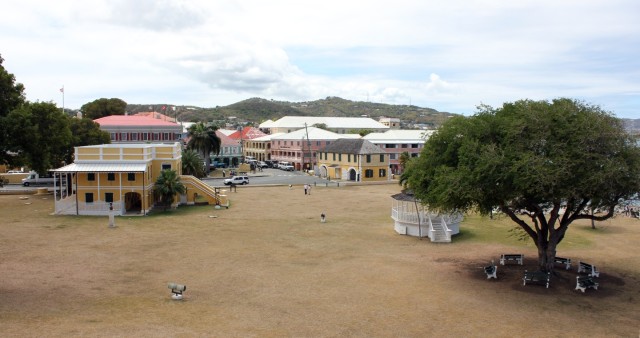 Of those islands we visited, the three that really lived up to my expectations of what a Caribbean island should look like were St Kitts, Dominica and Grenada. All are volcanic peaks covered in rainforest, fringed by a narrow ring of habitable land, with the Atlantic Ocean crashing into their eastern sides and the Caribbean Sea lapping at their western shores. 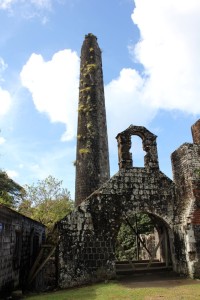 If St Croix displays its history, St Kitts flaunts it. The island is covered by the remains of former sugar plantations – in various stages of disrepair – and is presided over by the magnificent Brimstone Hill Fortress. And on the neck of land between the main part of the island and the Southeastern Peninsula, you can witness the Atlantic Ocean and Caribbean Sea in one incredible view. 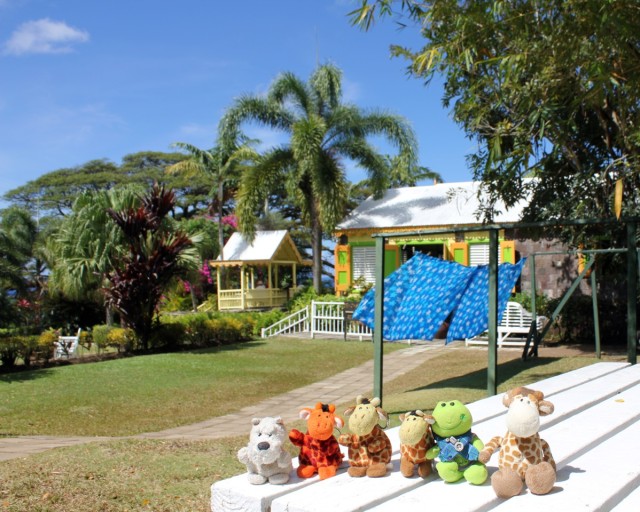 St Kitts – with the whole gang at Romney Manor 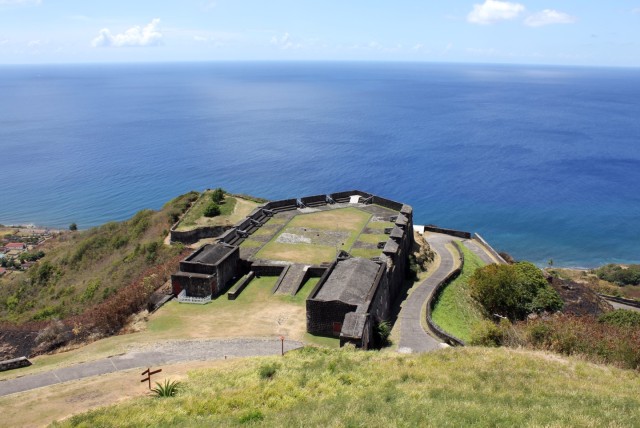 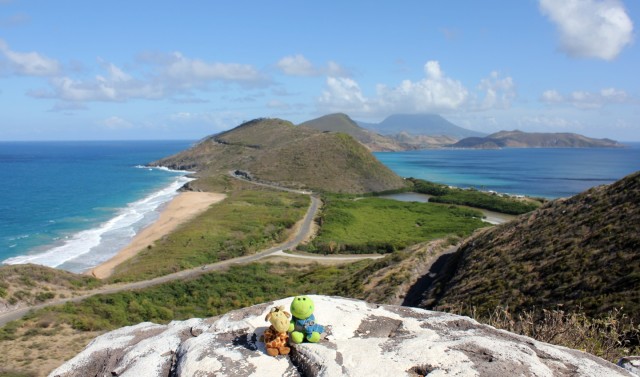 St Kitts – Frigate Bay, with the Atlantic on the left and Caribbean on the right, and Nevis in the distance 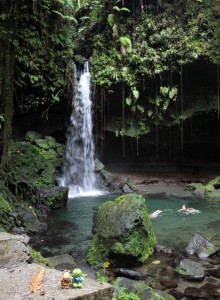 Dominica – me and Phyllis at Emerald Pool

Dominica (pronounced Do-men-ee-ka) is the Caribbean’s Nature Isle. The majority of the island is covered by pristine rainforest, and is also home to a host of active volcanic features, including the world’s second largest hot spring. Sadly, we weren’t able to reach the volcanic areas in the time available, but we did see some fantastic forested landscapes and quite a few banana plantations. 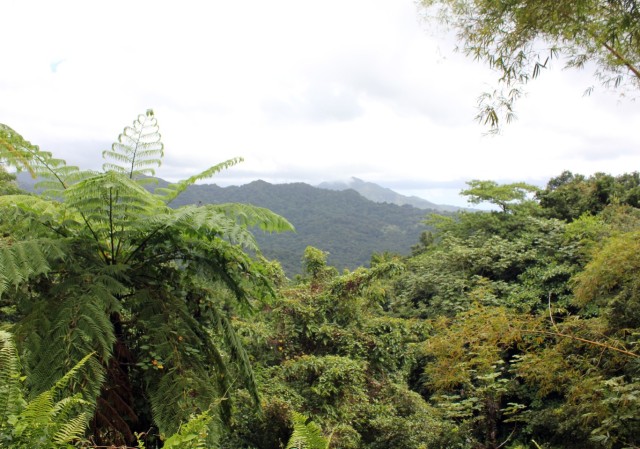 Dominica – lush rainforest in the mountains 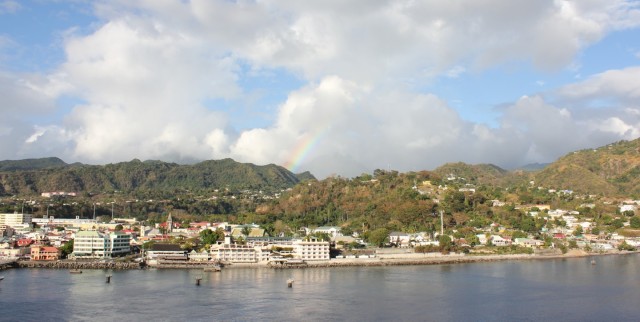 Dominica – the capital of Roseau 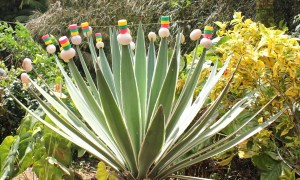 Grenada is known as the Spice Isle. Nutmeg, mace, cinnamon, cocoa… you name it, they’ve got it in abundance. Although the effects of 2004’s Hurricane Ivan are still very visible, the capital of St George’s is picture-postcard material, set as it is on hillsides surrounding two circular harbours, formed from the flooded craters of an extinct volcano. But one of the most noticeable things about Grenada is how clean it is. Unlike other some Caribbean destinations, there is very little litter around, and people seem to take a real pride in the ‘curb-appeal’ of their homes and gardens. 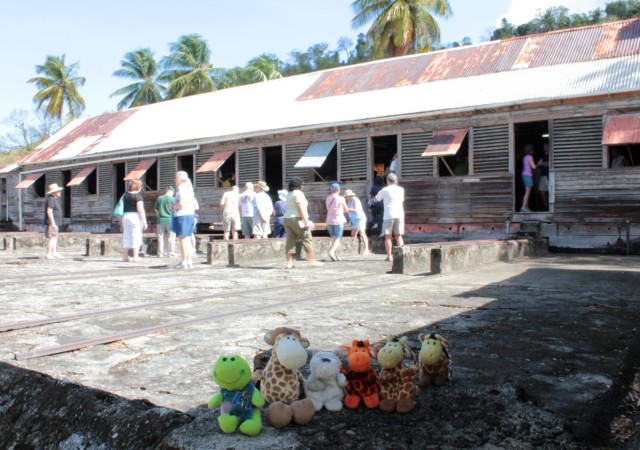 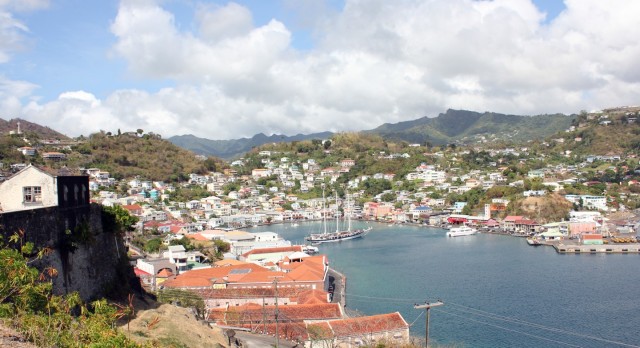 I think it’s clear that we had a fantastic time escaping from the snow to cruise from one idyllic, sun-drenched island to the next. I only wish we could have stayed aboard the Summit another week, to visit even more Caribbean paradises!