Today again had Bisckits as excited as a dog in a butcher’s shop, with another ‘hairyplane’-themed visit. This time, not only did we get to see a one of a kind aircraft, we even got to go up onto the flight deck! For ten points, who can identify the aeroplane in question? And for five bonus points, who built it?

This afternoon, we drove down the Oregon coast from Lincoln City to Florence, an absolutely spectacular experience. It was topped off when we stopped on a headland to see the view, only to discover a group of sea lions bickering on the rocks directly below us! 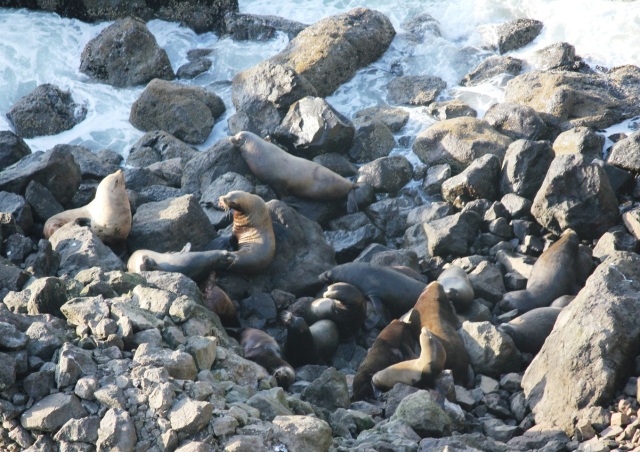 Sea lions arguing on the rocks below

Yesterday’s first photo was taken on Mount Hood, which was in a particularly shy mood and refused to show us anything of herself. 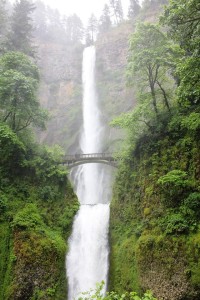 We were all impressed by Multnomah Falls

The second photo was taken at Multnomah Falls, the second highest waterfall in the USA, and one of 77 waterfalls on the Oregon side of the Columbia River Gorge.

Last but not least, the third photo was taken at the site of the very first geocache, hidden back in May 2000. Now we can cross that one off the geocaching bucket list!

At the site of the Original Stash