A Short Detour To Carcassonne, France

I love playing board games, although I rarely find the time these days. My absolute favourite is a strategy game called Carcassonne (which is now also an app). One of the game’s main aims is to arrange the square tiles in order to construct walled cities.

The in-game cities mirror an actual fortress called the Cité de Carcassonne in Southern France, after which the game is named. And which I added to my Bucket List the instant I learned it was a real place!

A few years ago, we decided to change things up on one of our trips back to the UK and fly via Paris. Our plans not only allowed us to meet up with Rich’s parents in the French capital for a couple of days, but also enabled us to go a little further afield before they arrived.

Although our definition of ‘a little further afield’ is perhaps a bit looser than most peoples’. I mean, Carcassonne is only 390 miles from Paris, as the Vultureses flies. That’s practically next door, right?

OK, so perhaps ‘remote’ from Paris is more accurate. In fact, by the time we’d completed our pre-Paris loop, we’d covered almost 1300 miles… in under five days! But boy was it worth it!

Rocamadour, the Pyrenees, Andorra, Northern Spain, the Pont du Gard and Lyon were all pretty cool, but the unquestionable highlight of our little jaunt was definitely Carcassonne itself. We arrived late afternoon, in time to see the sun bathing the imposing walls of the fortress-city in a beautiful golden light. 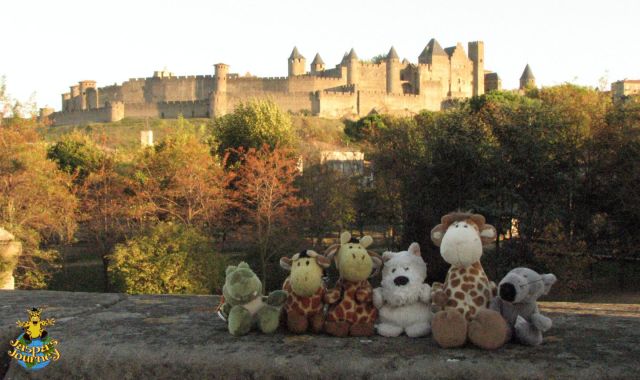 The Cité de Carcassonne stands on a hill above the modern town. Most of the structures visible originate from the medieval period, although some parts date back to the Romans. As the sun set and night came on, we climbed the hill to forage for food… although we  got repeatedly sidetracked along the way.

The Sun sets over Carcassonne 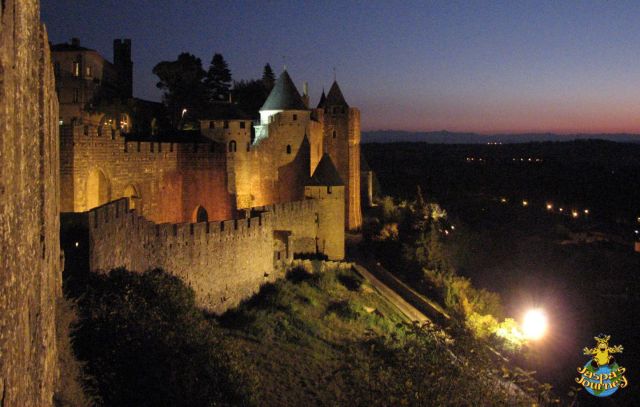 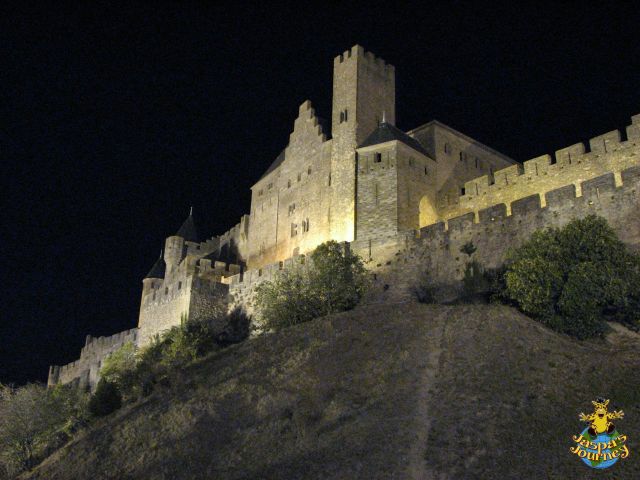 The castle from below

Heading up the… Hey! Get out of my picture!

Our hotel was located just outside the citadel, so the next morning we were able to get an early start. It began with an outdoor breakfast within the atmospheric old town. After that we headed off to explore the medieval city, citadel and ramparts. 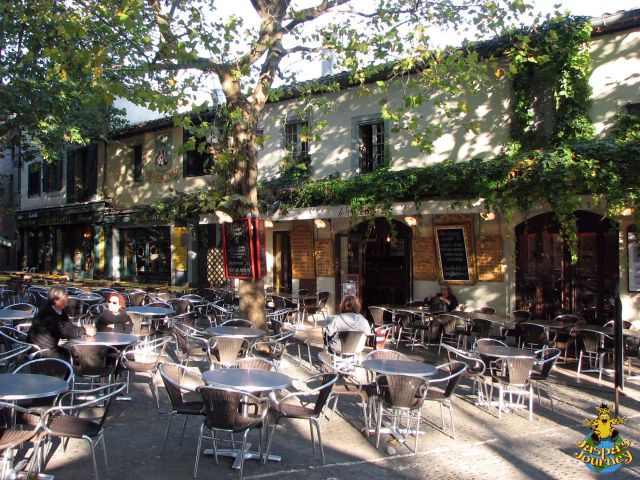 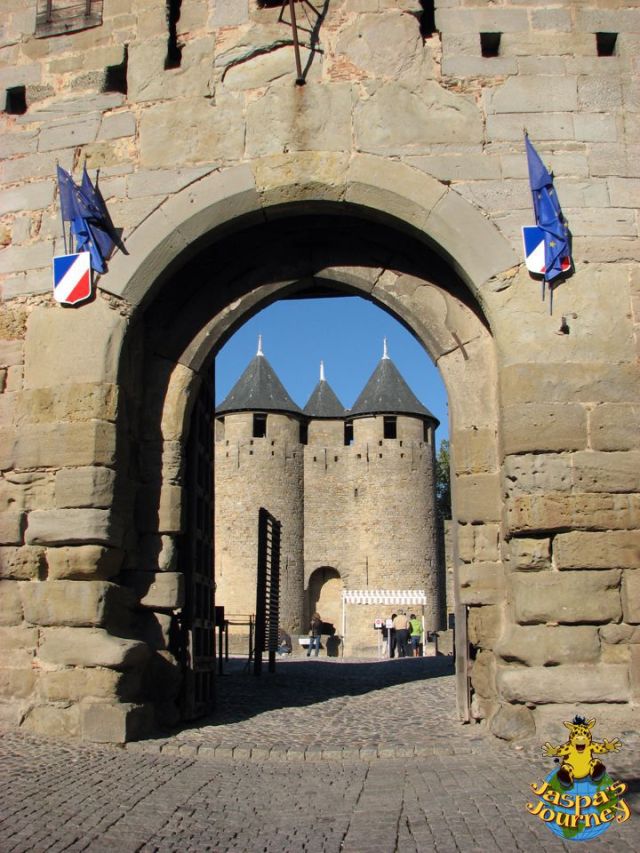 And the inner entrance 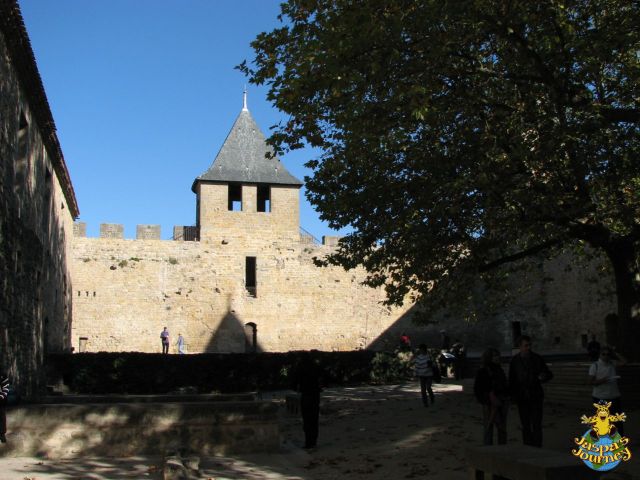 View across the rooftops of the Cité de Carcassonne

Today the Cité de Carcassonne is a UNESCO World Heritage Site, which makes it even harder to to believe that by the 1800s the fortress was so dilapidated the French government decided to demolish it. Thankfully, the uproar that followed this declaration saved the citadel, and led to its (albeit sometimes whimsical) renovation.

One of the city’s wells

The timely restoration of Carcassonne has preserved a masterpiece of architectural and military history worthy of anyone’s Bucket List. I’m certainly glad we made our little side trip from Paris to see this mighty city for ourselves! 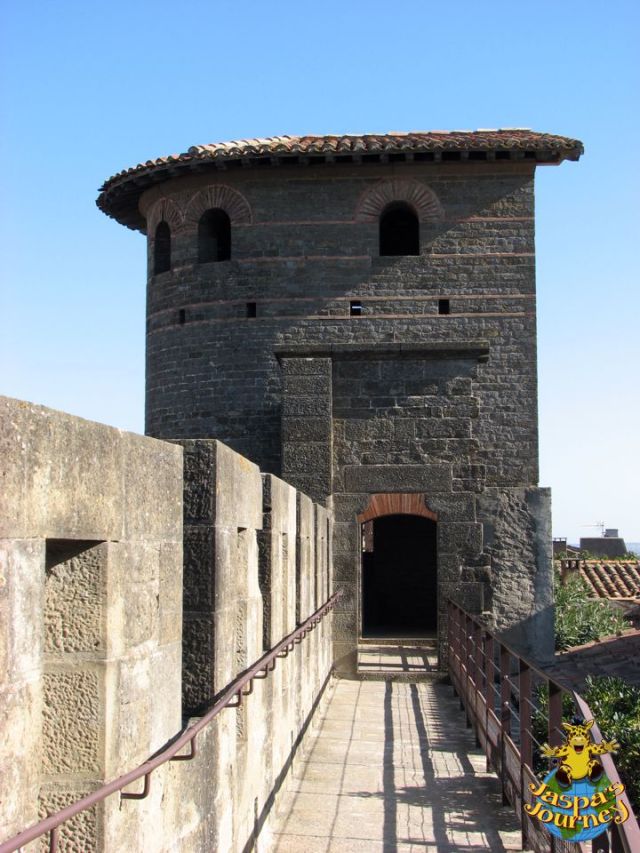 One of the Roman towers – note the rounded windows and the thin, red bricks

The Port Narbonnaise (the Narbonne Gate)

Between the curtain walls near the Port Narbonnaise 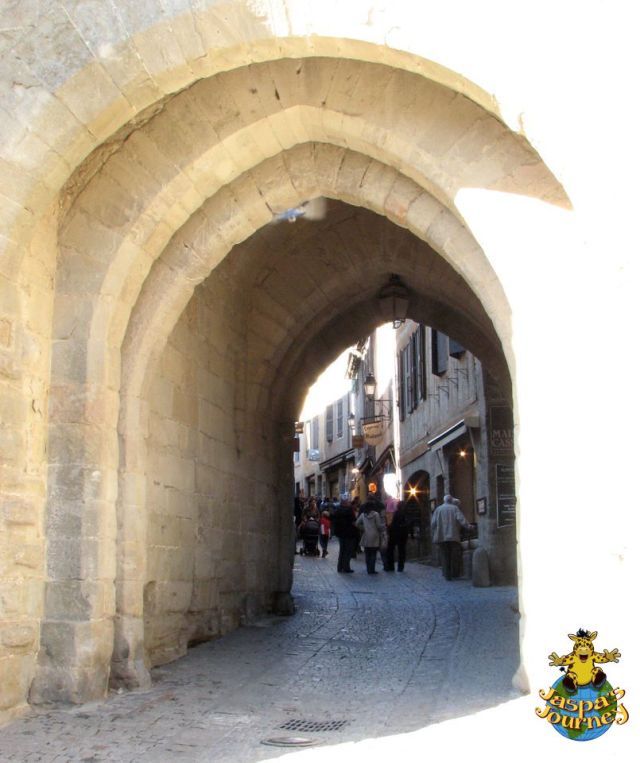 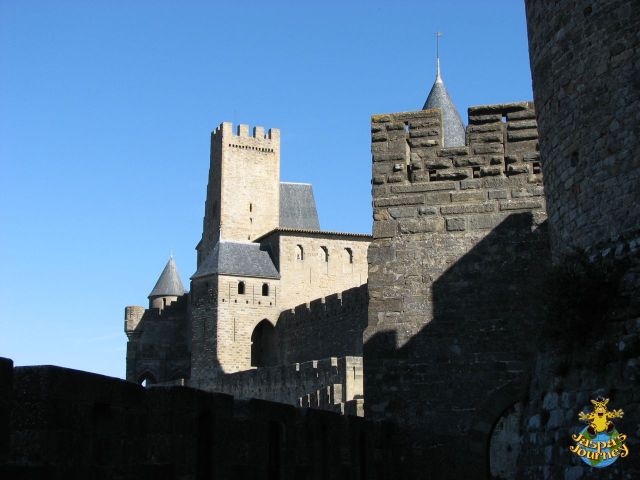 And back around to the Port d’Aude and the castle

This post was inspired by the themes Squares, Triangles and Angles (from Cee of Cee’s Photography) and Remote(from Sue of A Word in Your Ear). 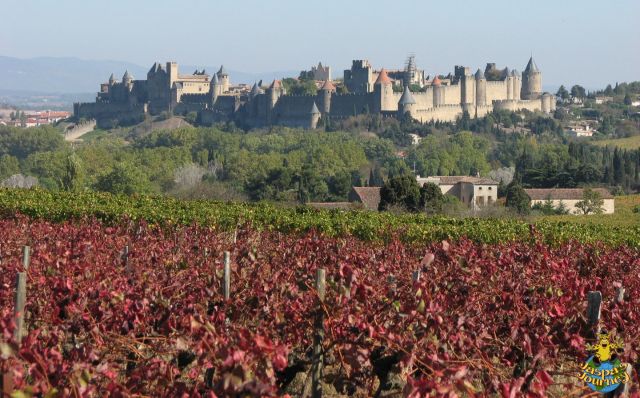 Cité de Carcassonne from the south

Jaspa's Journey is a series of award-winning, travel-based adventure novels for strong middle grade readers by Rich Meyrick. Join the Adventure! Read the books! Follow Jaspa’s ongoing Journeys at www.jaspasjourney.com. Let's explore this amazing world together! And don’t forget to download the books and see what the buzz is all about!
View all posts by Jaspa →
This entry was posted in Adventure, Europe, History, Jaspa's Journey, Photography, Travel and tagged A Word A Week Challenge, board games, Carcassonne, Cee’s Fun Foto Challenge, fortress, France, medieval. Bookmark the permalink.

17 Responses to A Short Detour To Carcassonne, France