An Afternoon in Alexandria, Egypt

Our approach to Alexandria on the Nile Delta was delayed, so it was early afternoon by the time our ship – Royal Caribbean’s Vision of the Seas – docked and we were given clearance to go ashore.

Our first view of Alexandria, with the Bibliotheca Alexandrina centre stage

From just outside the port gates, we took a rather rustic horse and carriage into the centre of town. It was a great way to enter this historic country, but Rich’s allergies suffered for the rest of the day! 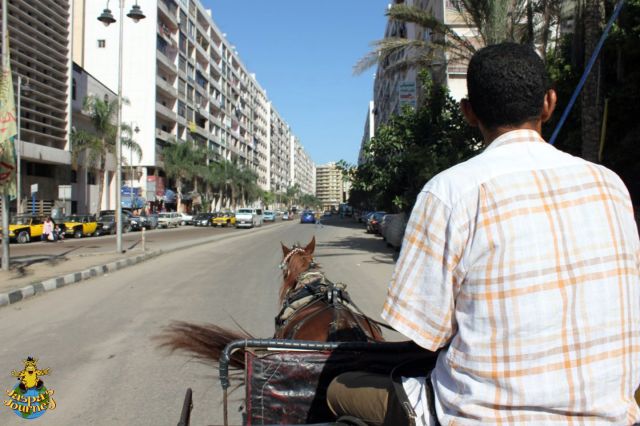 On the way into town 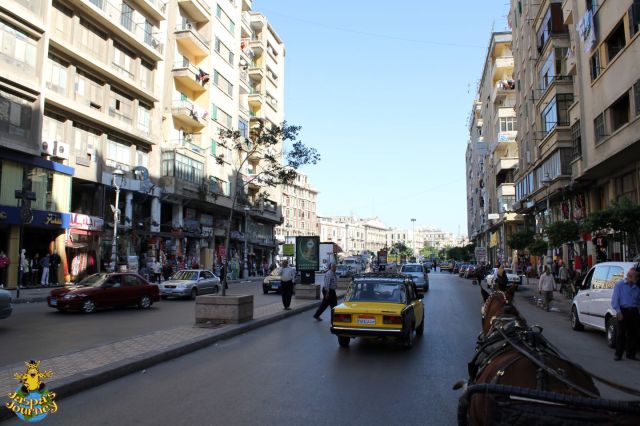 Bidding farewell to our rather dusty transportation, we made a beeline for the famous Bibliotheca Alexandrina, only to discover it was still closed for lunch. Alas, this wasn’t to be the last instance that day where timing wasn’t on our side. 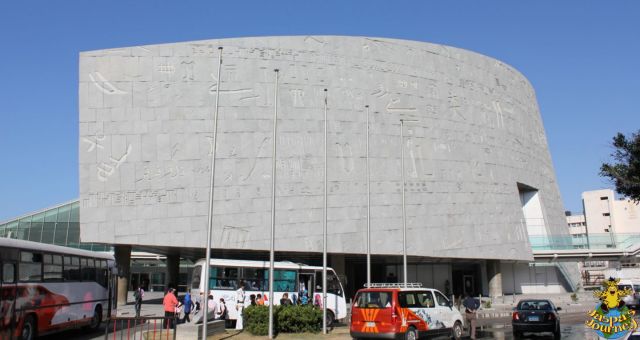 The landward side of the Bibliotheca Alexandrina 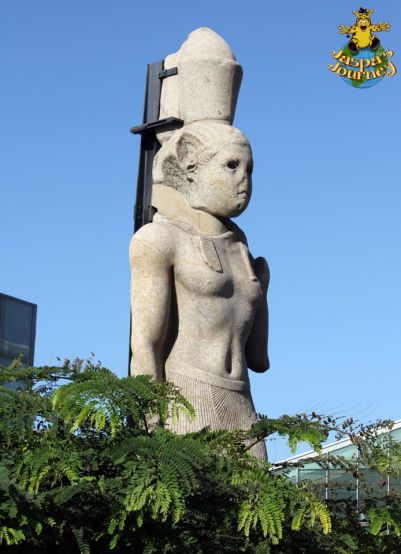 An Ancient Egyptian statue near the entrance to the Bibliotheca Alexandrina 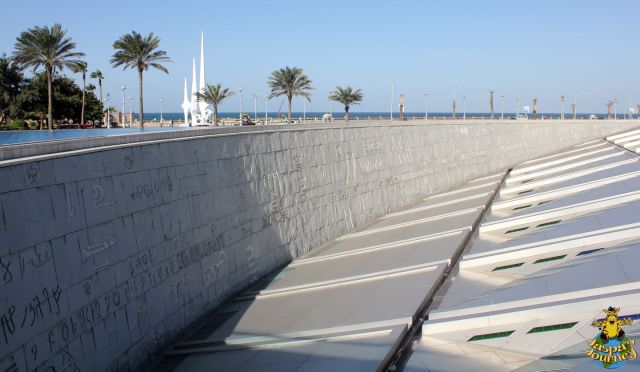 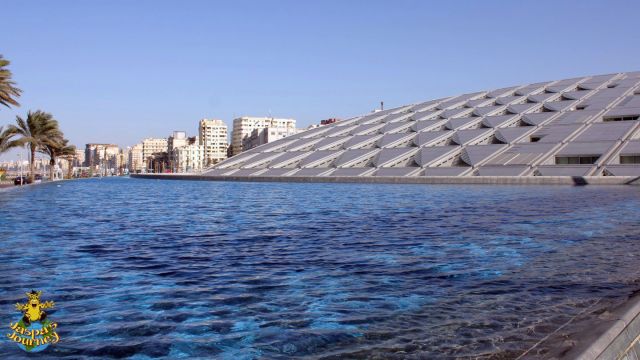 The reflecting pool on the seaward side of the library

Alexandria Planetarium, with the library in the background

We spent the rest of the afternoon wandering around the centre of Alexandria on foot. 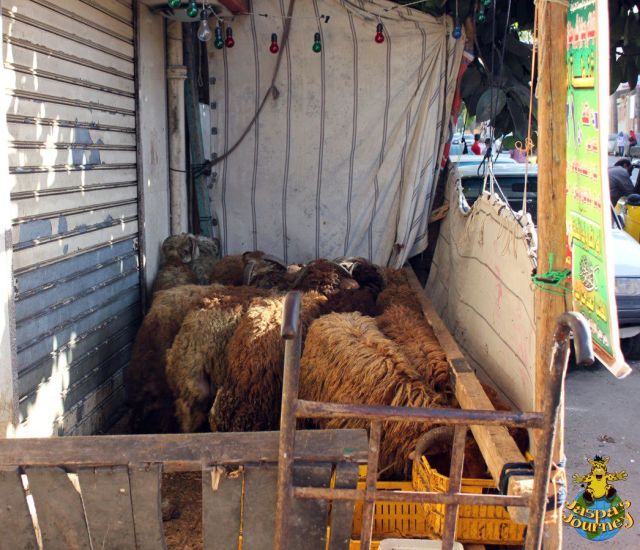 Sheep penned up on the side of the street 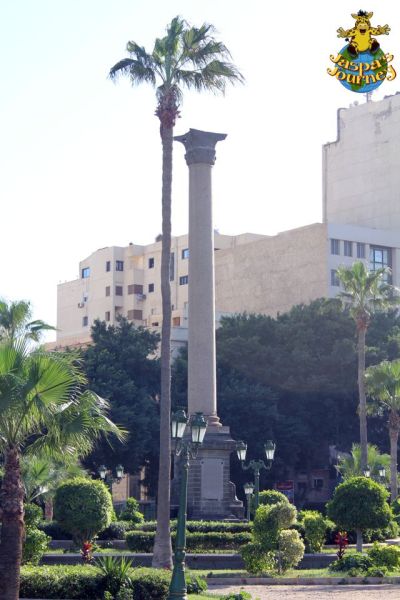 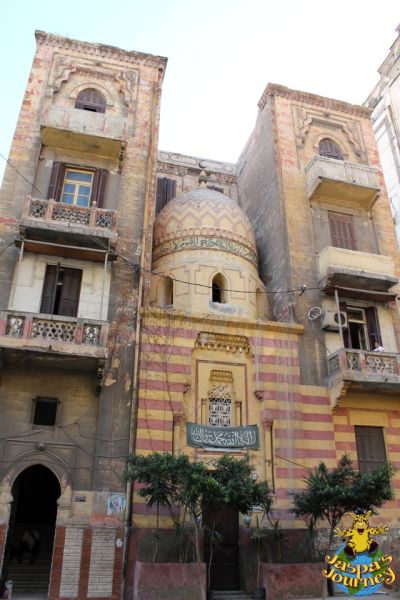 A mosque? An apartment block? Or perhaps both?

At Kom-al-Dikka we saw our first ruins in Egypt… which were Roman! 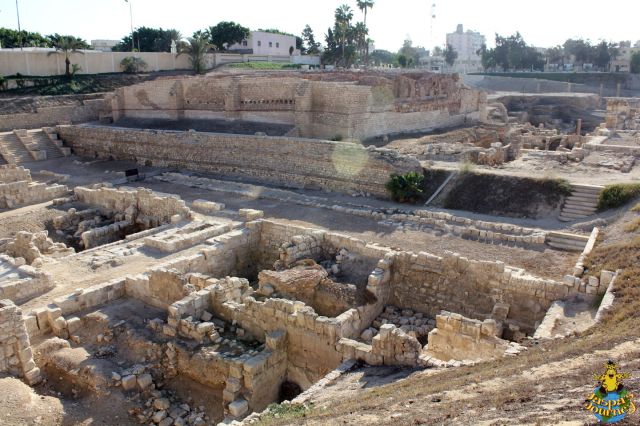 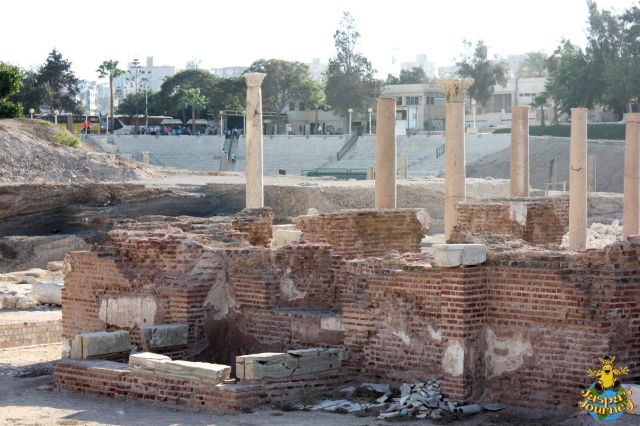 We gradually wound our way back to the grand square called Midan Saad Zaghloul. From there we followed the shore of the Eastern Harbour around to Fort Qaitbey. 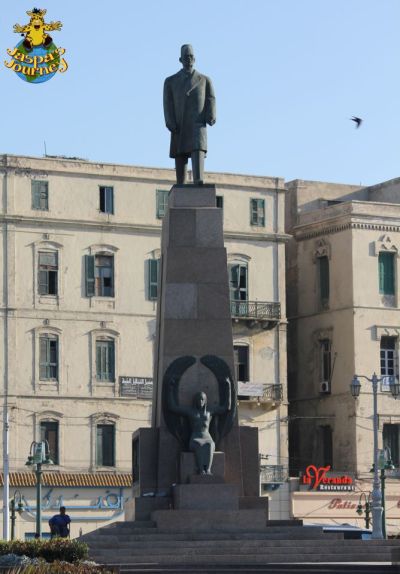 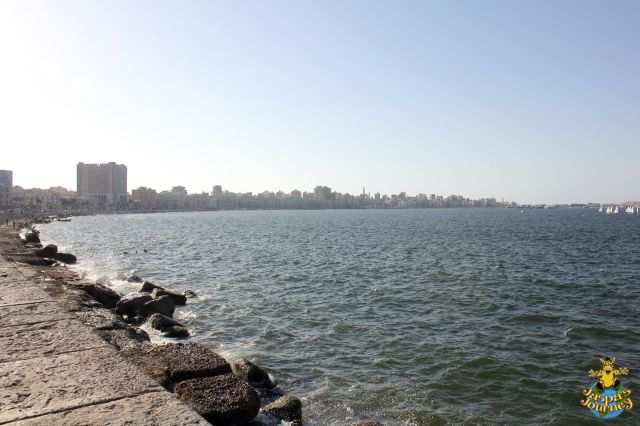 The Eastern Harbour, with the Abu al-Abbas al-Mursi Mosque on the left and Fort Qaitbey on the right 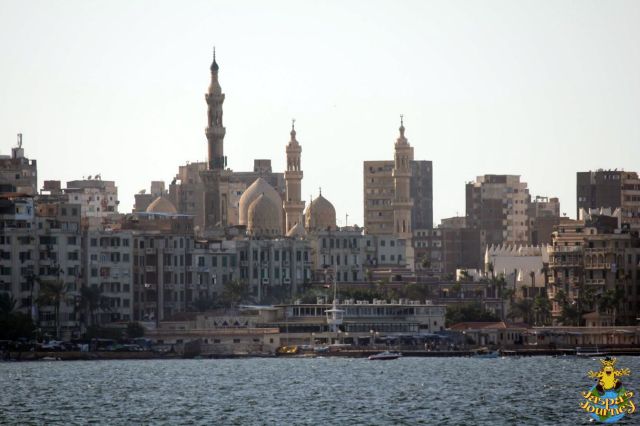 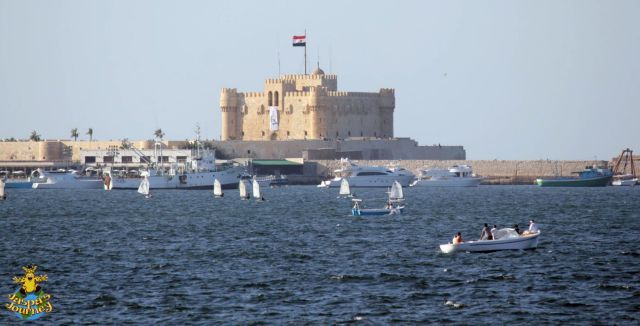 Looking across the Eastern Harbour towards Fort Qaitbey 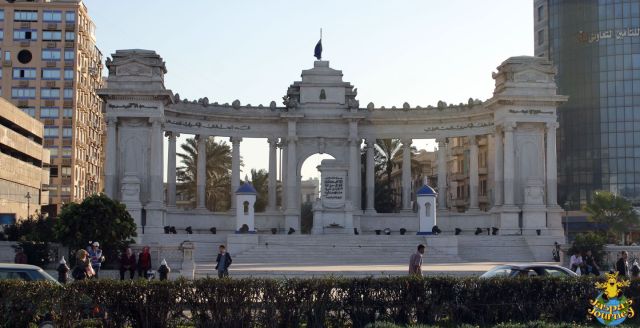 Monument to The Unknown Soldier 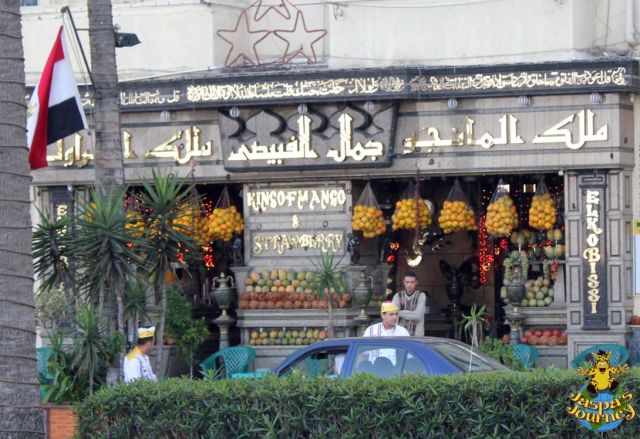 Fort Qaitbey was built in the 1480s on the site of Alexandria’s Pharos Lighthouse, one of the Seven Wonders of the World. Infuriatingly, the fort was just closing as we arrived. 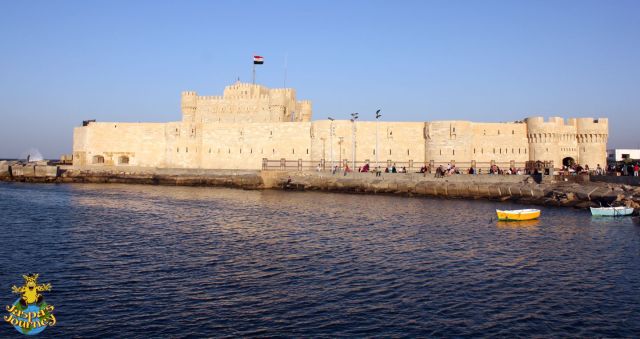 We did, however, get to see an enthusiastic and energetic parade on the causeway leading up to the fort.

With the Sun starting to set, we cut through the Ottoman District (Anfushi), past the gorgeous Abu al-Abbas al-Mursi Mosque. The sights, sounds and smells of this residential part of Alexandria were like nothing I’ve experienced before or since. 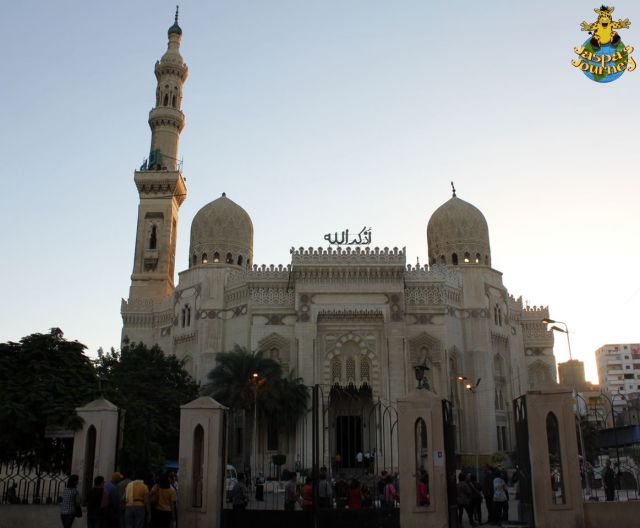 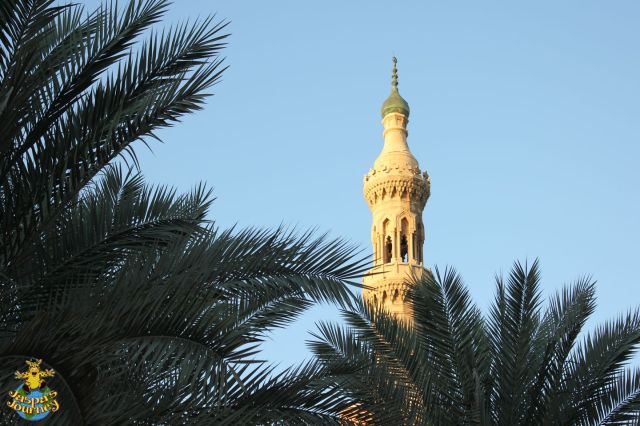 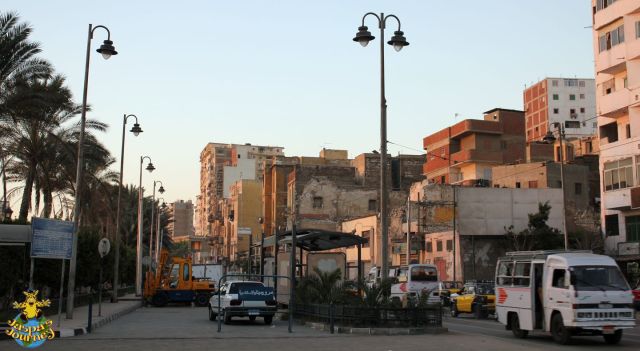 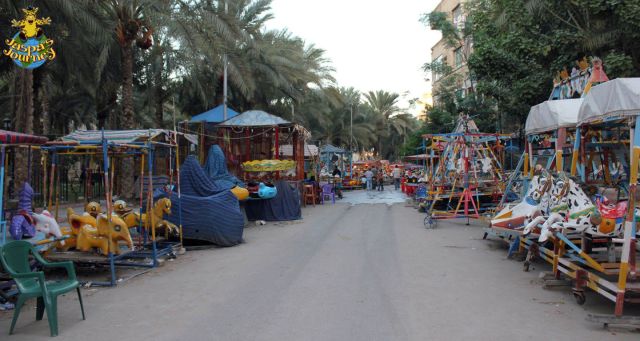 We had a wonderful day in Alexandria, but barely scratched the surface of the ‘Pearl of the Mediterranean’ . Hopefully, I’ll be able to return one day and delve much deeper! 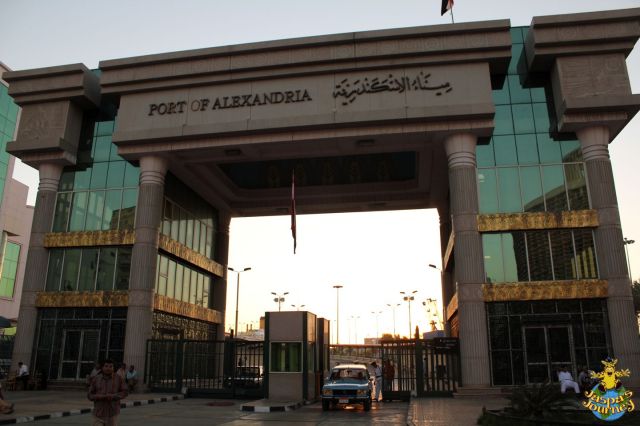 Star of my own award-winning adventure novels, Jaspa's Journey. Geocaching addict & F1 fan. Adventure Journeyer & blogger extraordinaire. Check out my website: www.jaspasjourney.com And don’t forget to download the books and see what the buzz is all about!
View all posts by Jaspa →
This entry was posted in Adventure, Africa, History, Jaspa's Journey, Photography, Travel and tagged Alexandria, Egypt, giraffe. Bookmark the permalink.

8 Responses to An Afternoon in Alexandria, Egypt