If you’ve dipped into my blog in the past, you may be aware that I have a bit of a thing for Roman architecture. I’m just fascinated by what the Romans were able to achieve. Especially considering that many of their building techniques were lost for centuries when the Roman Empire collapsed.

One of the most impressive Roman structures I’ve visited is the incredible Pont du Gard, near Remoulins in Southern France. This limestone marvel more than measures up to the iconic Colosseum in Rome itself. 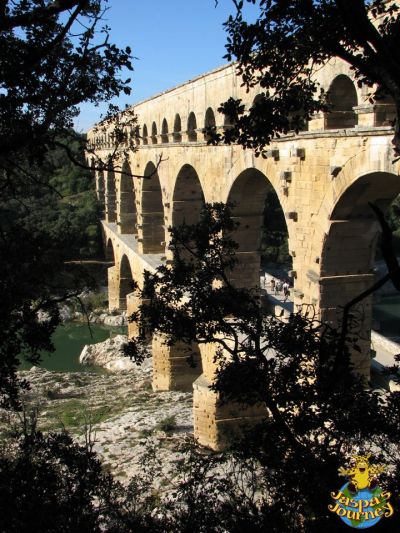 The Pont du Gard is essentially three arched bridges made of limestone, stacked one on top of the other. It was built in the 1st Century AD to carry the 31-mile-long Nîmes Aqueduct across the valley of the Gardon River. The uppermost ‘bridge’ is almost 1200 feet long and towers 160 feet above the river, making it the highest Roman bridge in existence. 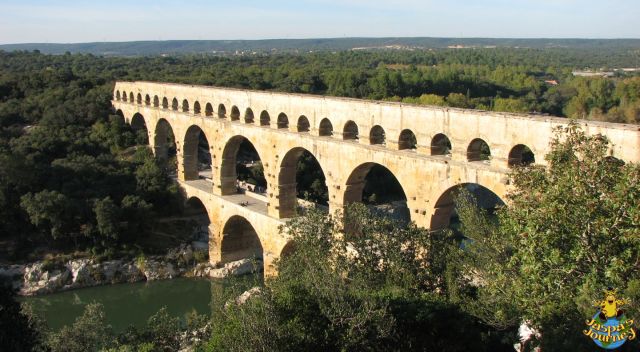 Although originally designed to carry water, when the Nîmes Aqueduct fell into disrepair after the fall of Rome, some enterprising local nobles and clergy reassigned it a toll bridge for foot traffic.

The water channel atop the Pont du Gard

90% of the Nîmes Aqueduct is underground

Latin inscription (or graffiti?) on the Pont du Gard

This post was inspired by the themes Bridges from Cee (of Cee’s Photography) and Gone, But Not Forgotten from Krista (of the Daily Post).