After driving endless miles across the plains of South Dakota, the ground suddenly drops away. Seconds ago the grassland landscape rolled gently… 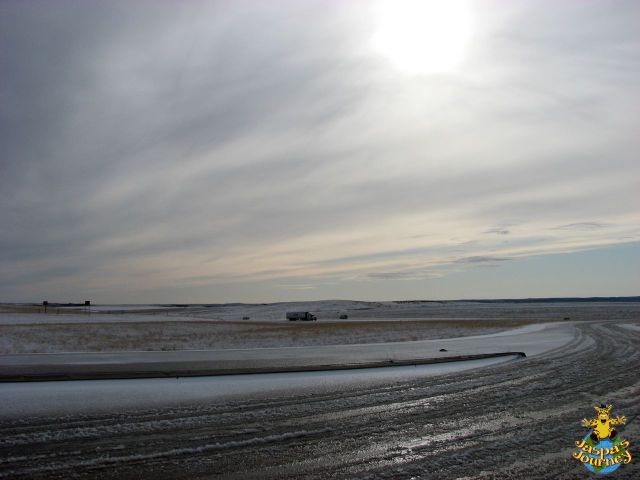 …Now the ground on either side of the road is carved away in an continuous series of deep, steep-sided gullies. You’ve just entered the Badlands.

Welcome to the Badlands

Grasslands give way to Badlands

One of the first things you notice about the Badlands, is how the sides of the gullies are made up of horizontal bands: cemented sediments that accumulated over millions of years. The varying colours and thickness of these sediments represent different periods of geological history. 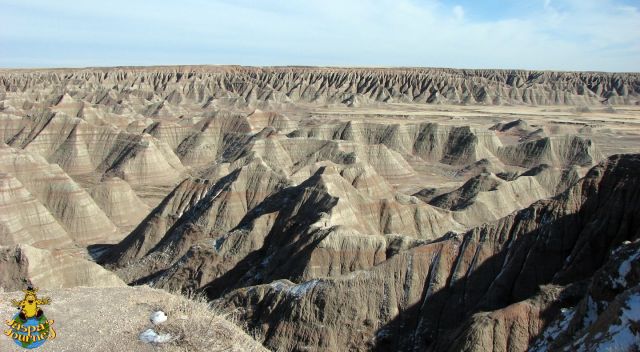 My first view out across the Badlands

For over half a billion years, what are today the Great Plains and Prairies of Central North America were at the bottom of a shallow inland sea. Over that entire time, sediments gradually collected on the sea’s bed, resulting in layered deposits thousands of feet thick. Around 69 million years ago, the sea drained and its former floor became vast, flat plains.

But that wasn’t the end of the story. Other geological agents – such as rivers, the wind and glaciers – took over the depositional duties, and the plains continued to accumulate sediments. Then, around 5 to 10 million years ago, erosional forces started to replace depositional ones.

Can you tell it was cold and windy during our visit?

Even so, the Badlands of South Dakota didn’t truly begin forming until about half a million years ago. The blink of an eye in geological terms. At that time, streams and rivers from Black Hills were captured by the Cheyenne River, and started cutting away at the sediments their predecessors had deposited in this area. 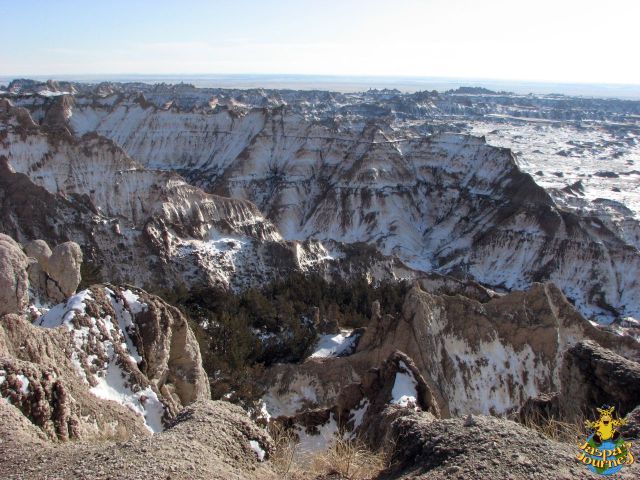 The trees down in the gully give a sense of scale

The sediments visible in the Badlands of South Dakota represent roughly the last 75 million years of these processes, right the way back to the final days of the inland sea.

Some layers are harder than others, and so erode at different rates, producing features such as this toadstool

Today the Dakota Badlands are eroding at an average rate of one inch per year. Which means that in another half a million years or so, they will have eroded themselves into extinction. So go see them while you still can! 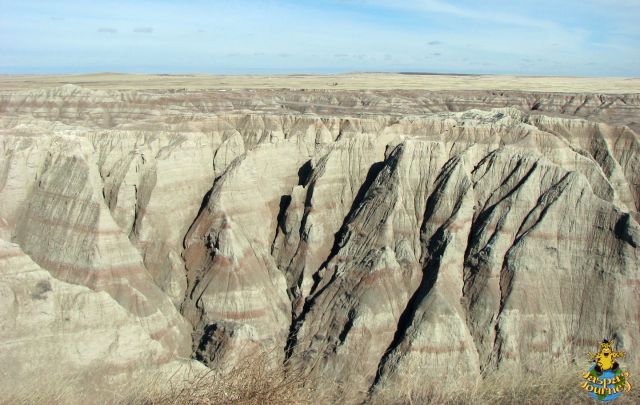 Originally established as a National Monument in 1939, it’s unsurprising the Badlands were promoted to National Park status in 1978. Once seen, the Badlands of South Dakota truly are an unforgettable landscape.

This post was inspired by this week’s Cee’s Fun Foto Challenge, which is Landscapes and Seascapes.

Ooops! I think we’ve been spotted!