On our second day in Lima, our guides Vanessa and Marek introduced us to two completely contrasting sites, within a stone’s throw of each other, on the south side of the city.

After battling through Lima’s early morning traffic, we arrived at the Pantanos de Villa Wildlife Refuge, an oasis of lush green vegetation and inviting ponds. The 650 acres of the protected area cover a variety of marshland habitats close to the coast.

Looking across the Laguna Principal at Pantanos de Villa 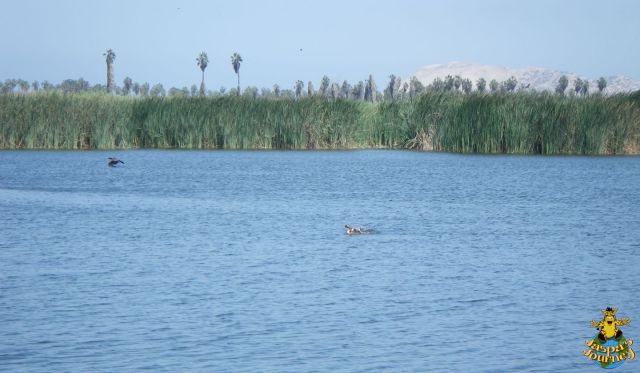 Pantanos de Villa provides a safe haven for over 200 species of local and migratory birds, not to mention a whole bunch of other animals and plants. 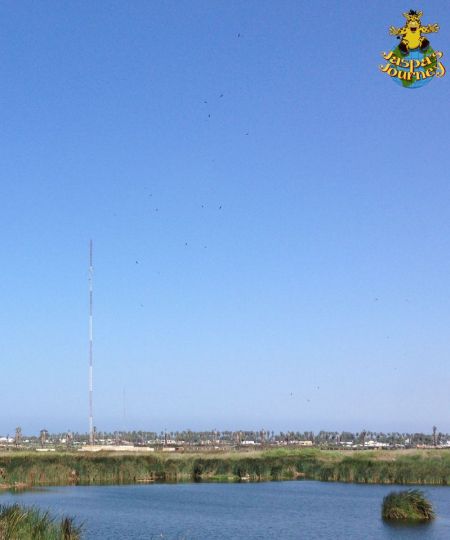 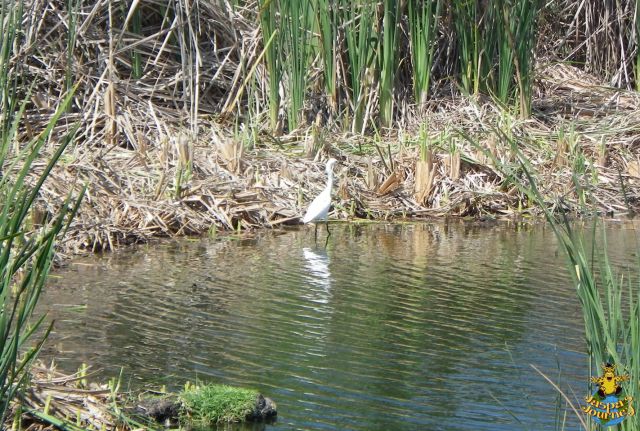 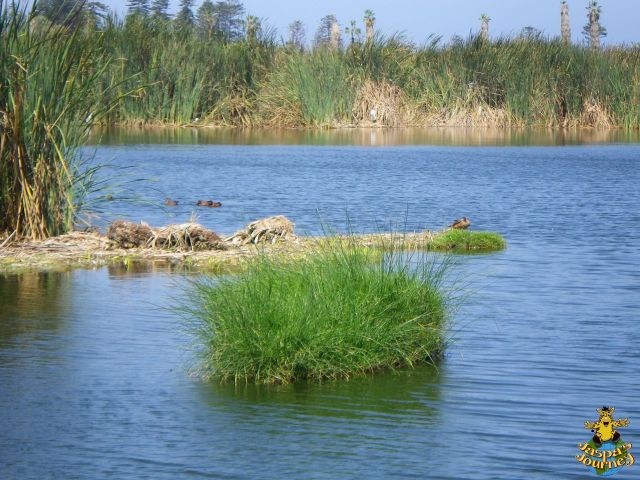 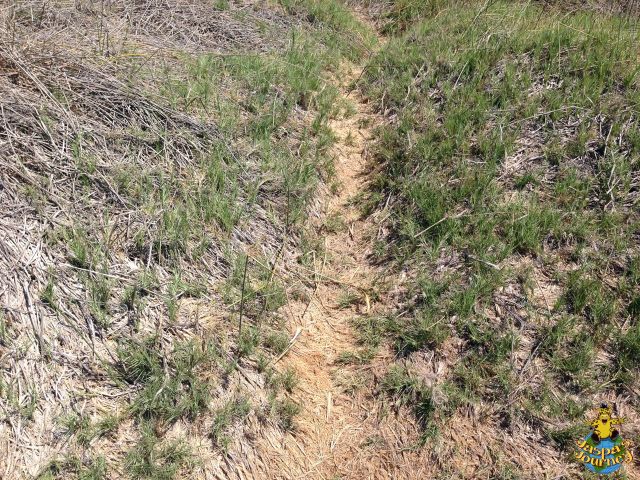 Guinea pig trails (I wanted to see a guinea pig, but no luck)

The marshlands, which exist in the valley of the Rímac River, used to be much more extensive, forming a barrier between nearby Pachacámac (see below) and Lima. During recent years, expansion of the poorer areas of Peru’s capital, have seen the wetlands drastically reduced in size. Thankfully, Pantanos de Villa is now protected by law. Fingers crossed it survives! 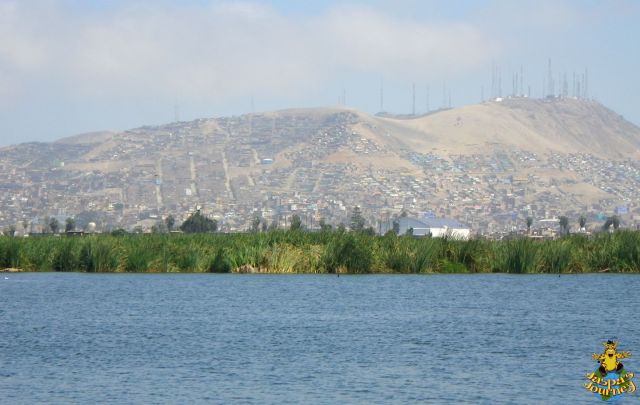 The suburbs of Lima across Laguna Principal 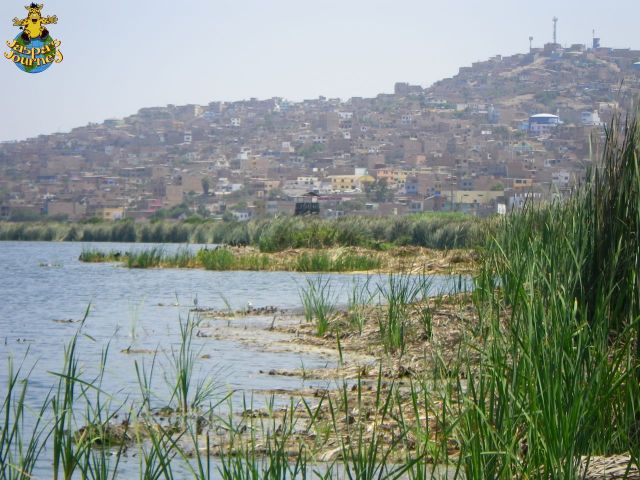 Lets hope they get no closer

Our second stop of the day was at the world famous Pachacámac Archaeological Complex. Although just 6 miles away, after the relatively moist and cool freshness of Pantanos de Villa, stepping out of the car at Pachacámac was like entering an oven. Gone were the tempting lagoons and abundant reed beds, replaced by the full-on blast furnace of the desert. 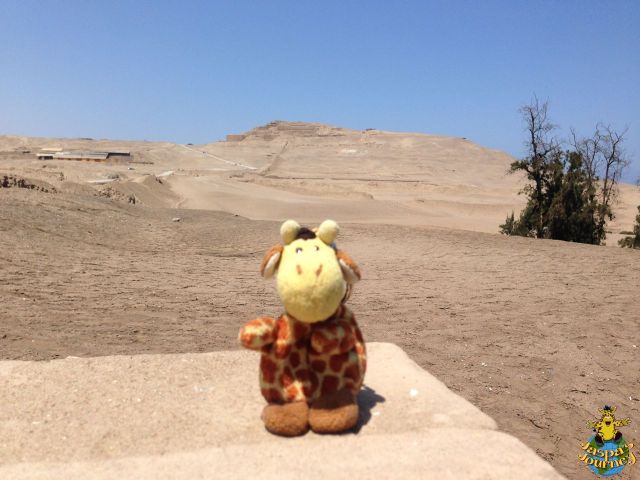 Just to prove I was there! 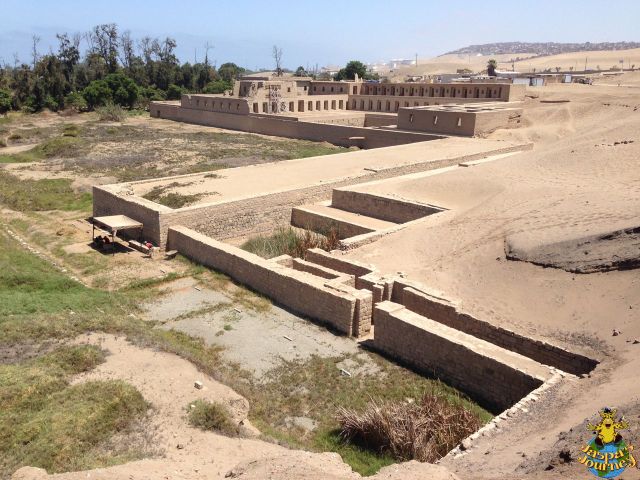 Pachacámac was the most important temple in this part of South America for almost 1500 years, after it rose to prominence in about 200 AD. Archaeologists have found evidence of occupation in adjacent Lurín Valley dating back to 1800 BC. 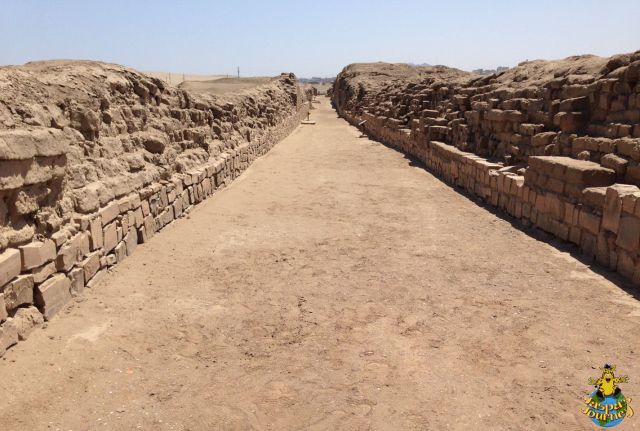 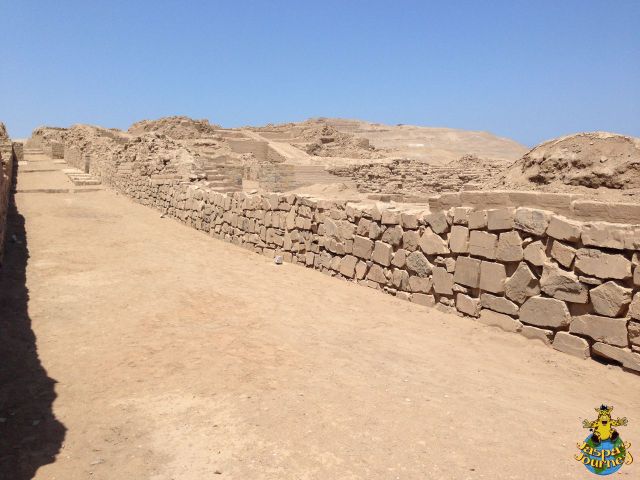 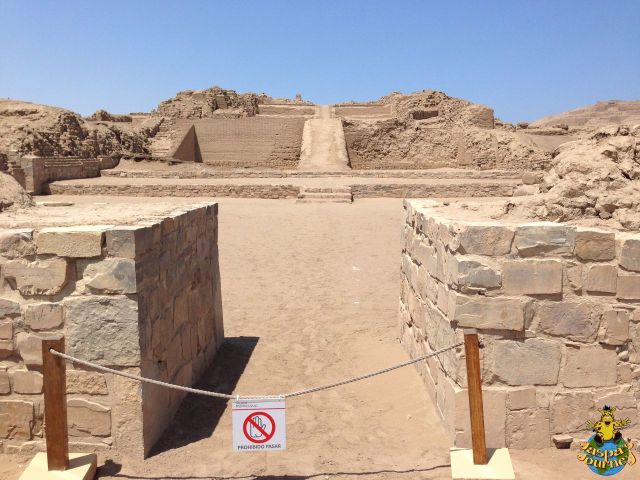 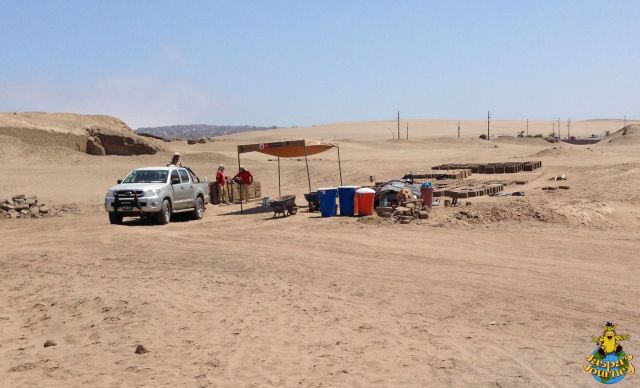 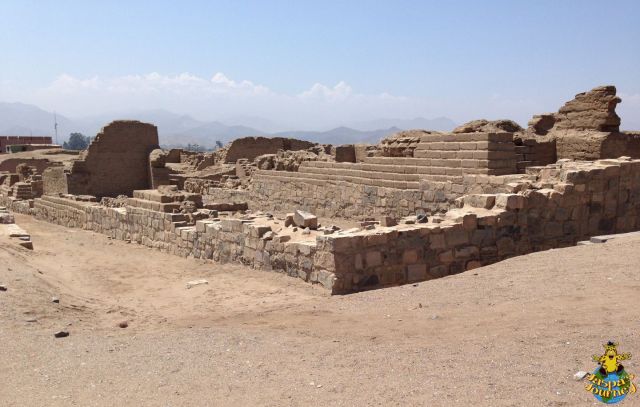 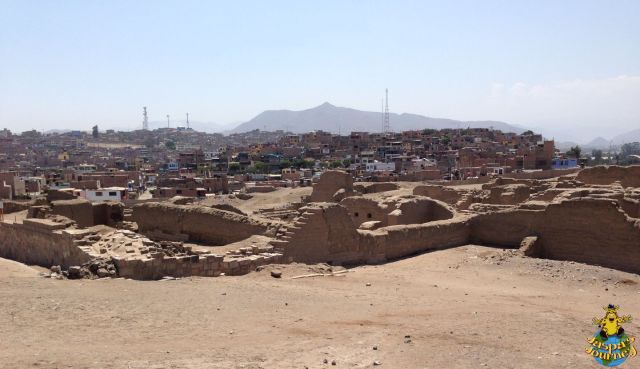 The town of Lurín encroaching on Taurichumpi

Within the awe-inspiring 1150 acres of the Pachacámac complex are more than 50 monumental structures. A sacred site of pilgrimage, it was said to be home to the Pachacámac Creator God. A succession of local peoples held authority over the temples and its associated city until the arrive of the Inca in around 1450 AD. The arrival of the Spanish conquistadors spelled the end for Pachacámac. 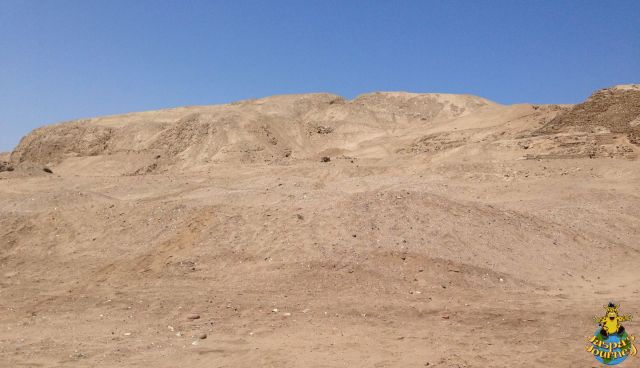 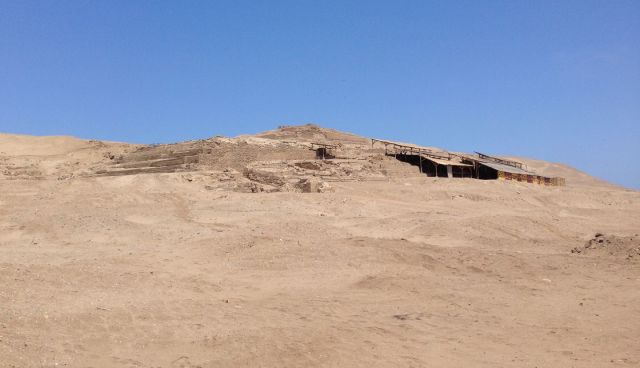 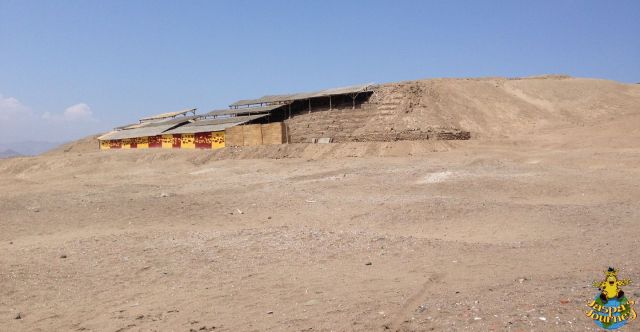 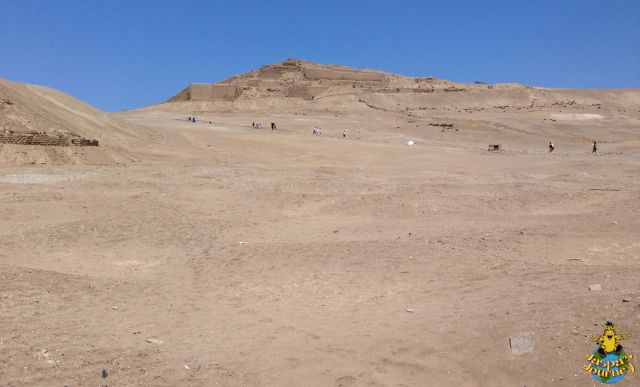 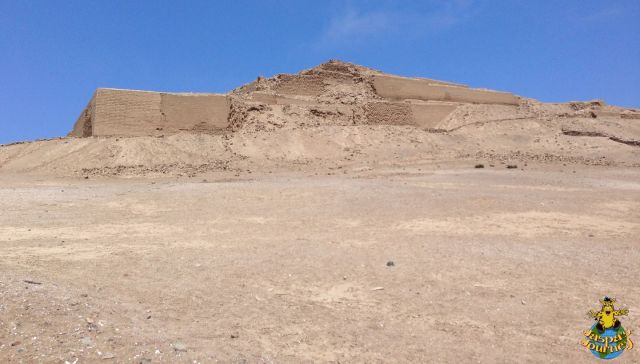 Eastern side of the Temple of the Sun 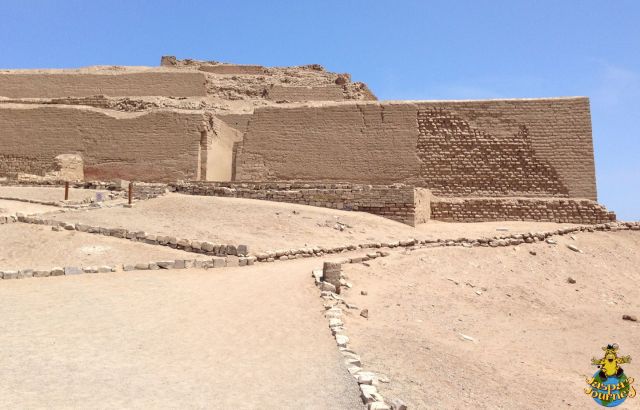 Southern side of the Temple of the Sun

It’s hard to imagine two places so close together, yet so dissimilar in every way, than Pantanos de Villa and Pachacámac. Thanks to Vanessa and Marek (who’s a trained archaeologist, by the way) for introducing us to them. 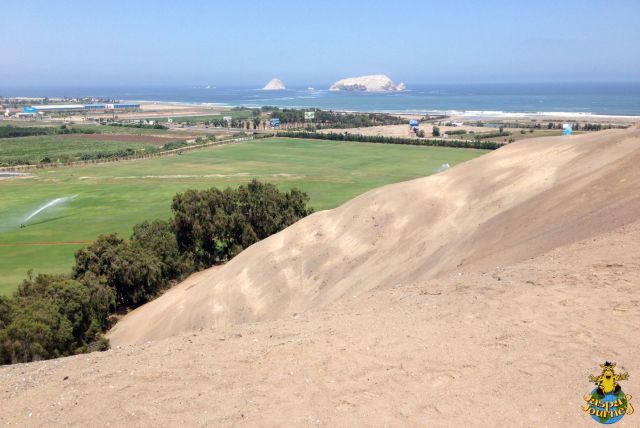 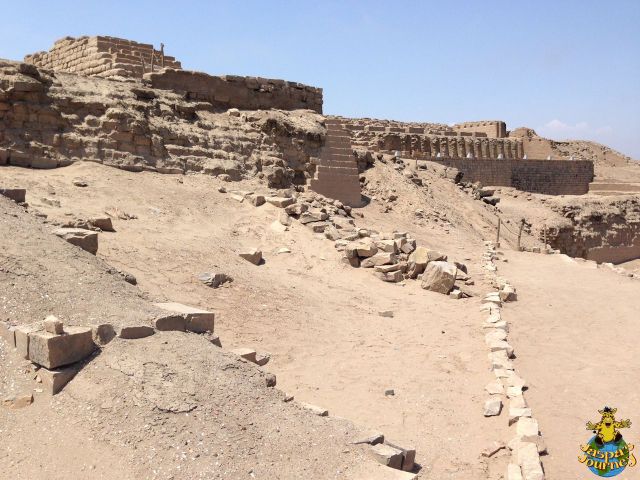 Seaward-facing side of the Temple of the Sun 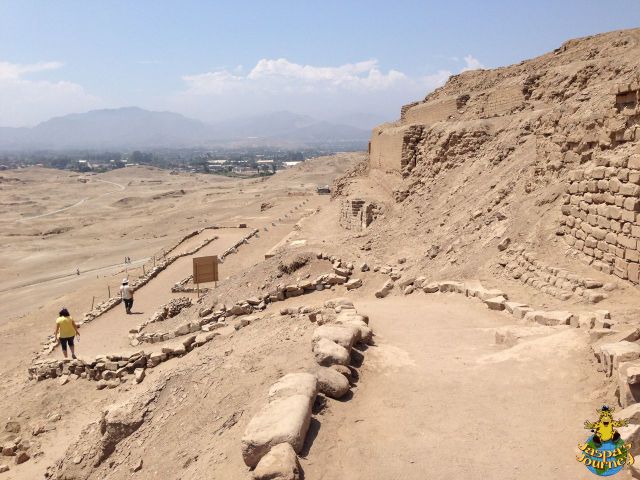 This post was inspired by Cee’s Fun Foto Challenge, which this week is Two Very Different Items. 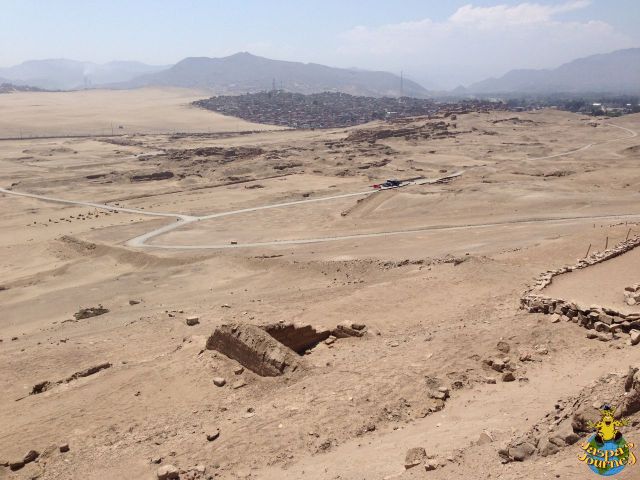 Pachacámac, with Lurín in the distance