The Hills of Valparaiso, Chile – UNESCO City of Colour and Steps

In the Late 19th and Early 20th Centuries, Valparaiso was the most important port on the Pacific coast of South America. However, the completion of the Panama Canal in 1914, changed all that.

As Valparaiso’s commercial significance faded, its economy also suffered. Ironically, this resulted in the survival of an incredible amount of the colonial architecture from the city’s heyday, which might otherwise have been replaced had the port prospered.

In 2003, a significant portion of the historic heart of Valparaiso was designated a UNESCO World Heritage Site. This includes sections of the Upper Town, the Lower Town and part of the actual port. 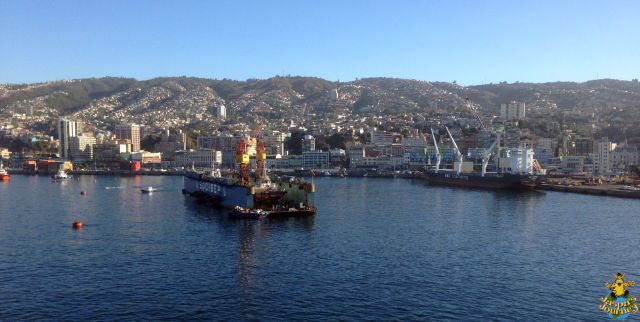 The port and hills of Valparaiso from the sea

The lower town, or ‘Plan’ as it is sometimes called, is built on the flat, partially reclaimed land between the cliffs and the port. This allowed the lower part of Valparaiso to be laid out in a very regimented fashion, with straight streets and impressive buildings.

View of the lower town from Artillery Hill

But for me, it was the upper town on the hills behind that really captured my imagination. The winding streets, interconnected with steep stairways and crammed with colourful buildings have a old-fashioned charm with which the orderly lower town simply can’t compete.

Baburizza Palace on Alegre Hill, which is within the UNESCO World Heritage Site

A closer look at our lodging, the Grand Hotel Gervasoni

The houses on Concepción Hill cover every colour of the rainbow. 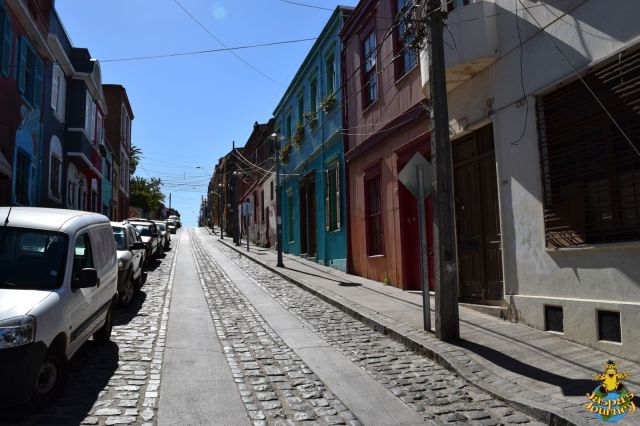 And many of them are pretty steep. 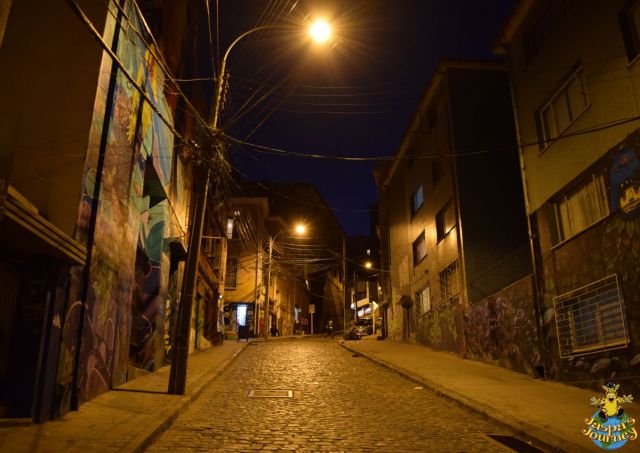 Although it is possible to find level-ish ground… if you follow the contours. 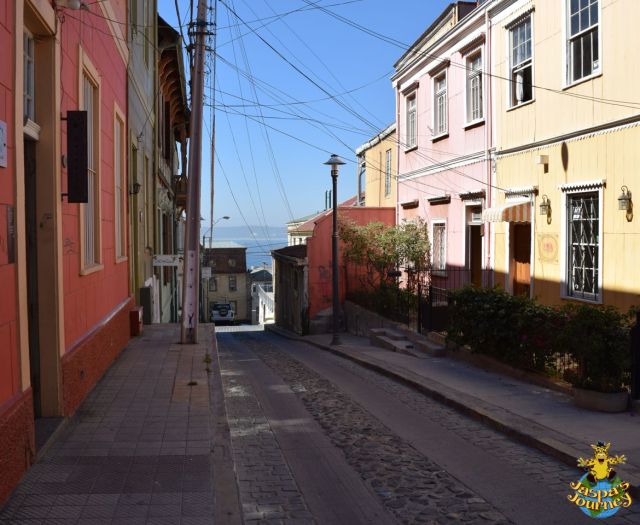 But eventually you have to face the stairs.

A local boy showing that you don’t always have to use the steps!

The houses of Concepción Hill often provide a canvas for local artists.

A new mural being painted 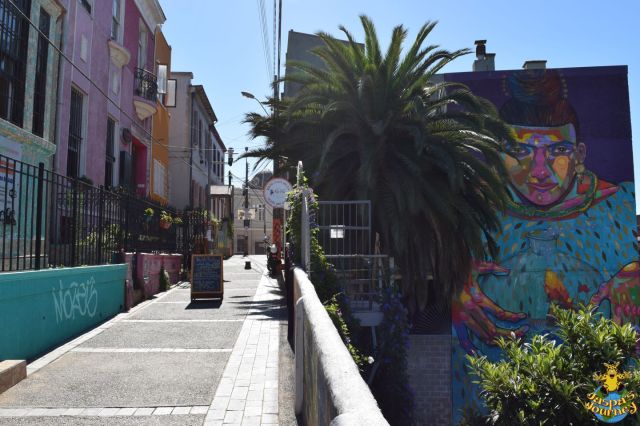 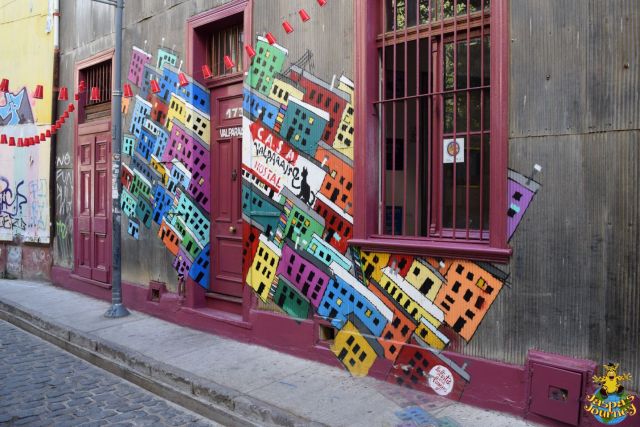 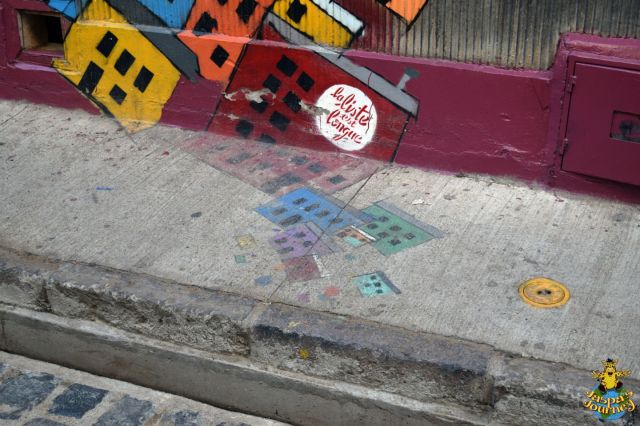 …and into the gutter

Although many of the buildings are colourful works of art all by themselves.

Even the poorer areas outside the area covered by the UNESCO designation are a riot of colour.

Thanks to Antonio and John of AFIServices for being our guides and showing us around this amazing city. I can’t believe I’m lucky enough to be returning next February! 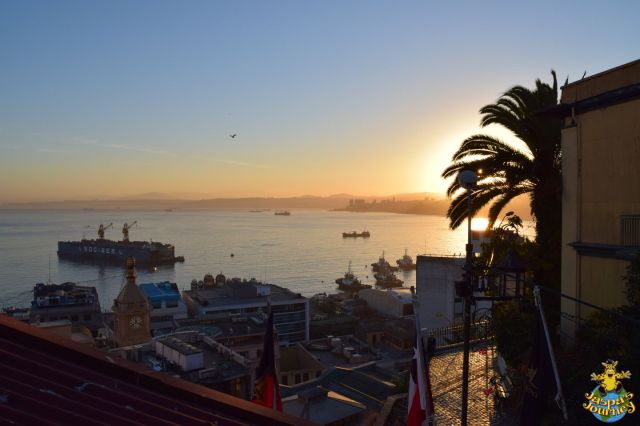 …And enjoy this view each morning

This post was inspired by the photo themes ROY G. BIV from Michelle (Daily Post), Old-fashioned from Ailsa (Where’s My Backpack?), Street Portraits from Yvette (guest on Lost in Translation) and Jo’s Monday Walk.

30 Responses to The Hills of Valparaiso, Chile – UNESCO City of Colour and Steps