The Historic Centre of Lima was the second of three UNESCO World Heritage Sites I visited while in Peru in April. And I didn’t even make it to Machu Picchu! The other two were the Nazca Lines (also spelled Nasca) and the Chan Chan Archaeological Zone (post coming soon). 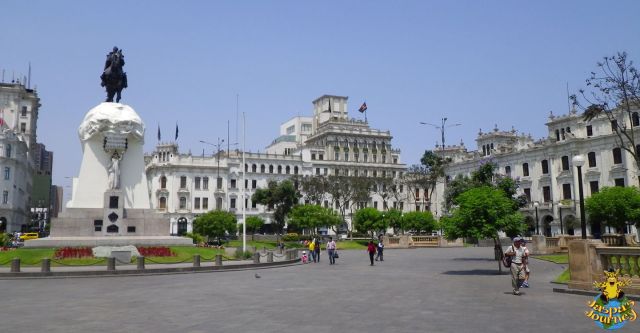 The streets of this part of Lima are quite a contrast to the modern districts of San Isidro or Miraflores. Lined with colonial (and neo-colonial) buildings, they provide a rich impression of the city’s Spanish past. 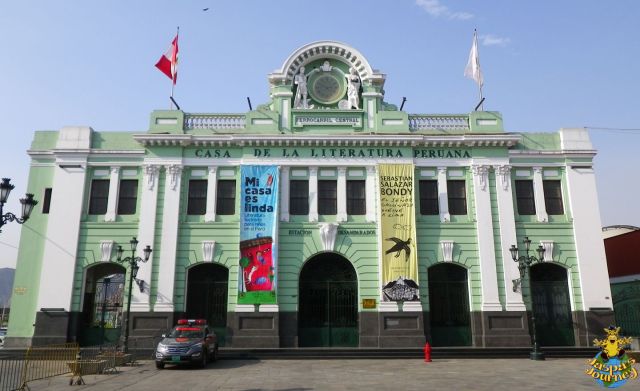 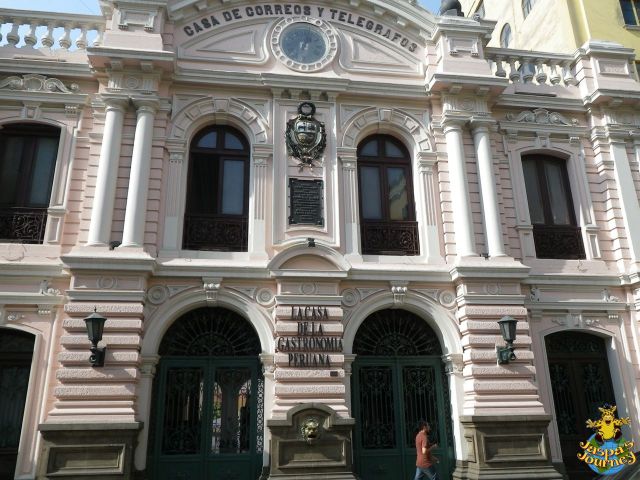 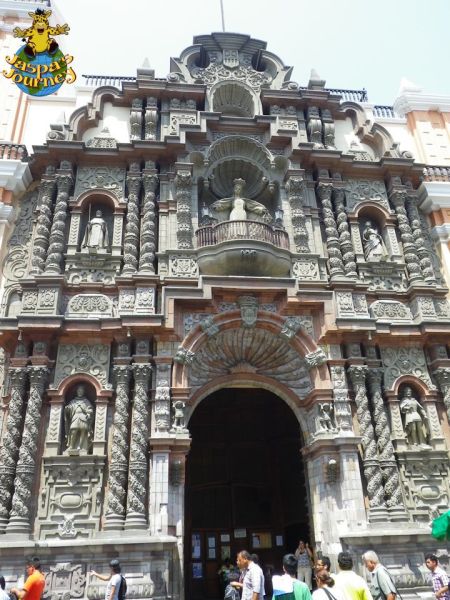 The ornate entrance to the church of La Merced 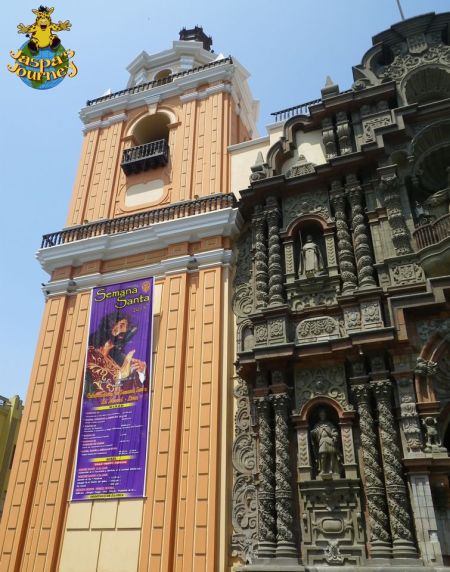 Many of the streets in the historic district are pedestrianised, so you don’t have to risk getting run over when you pause to take a closer look. 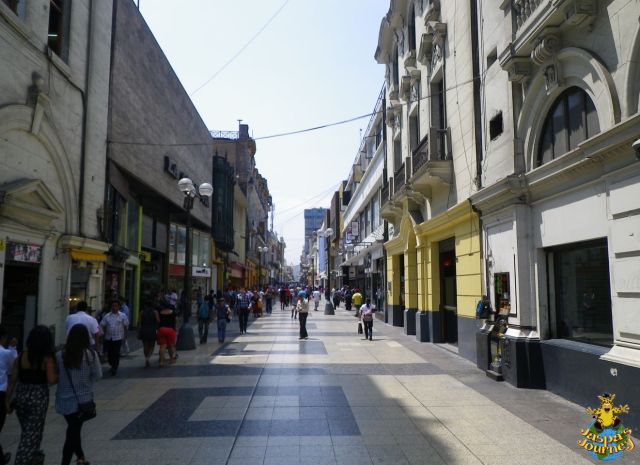 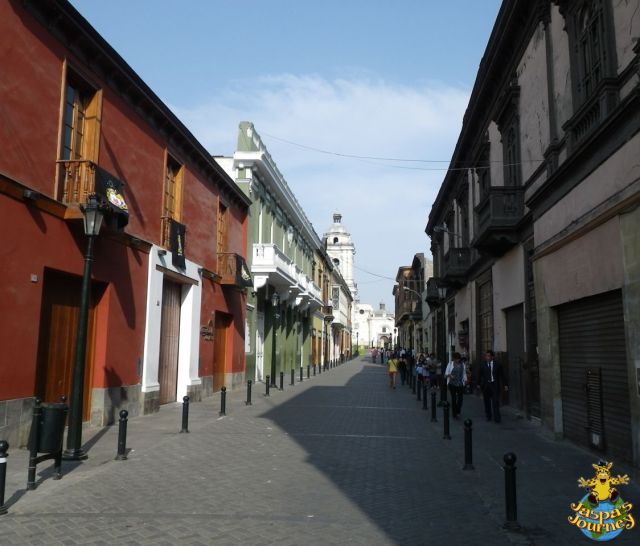 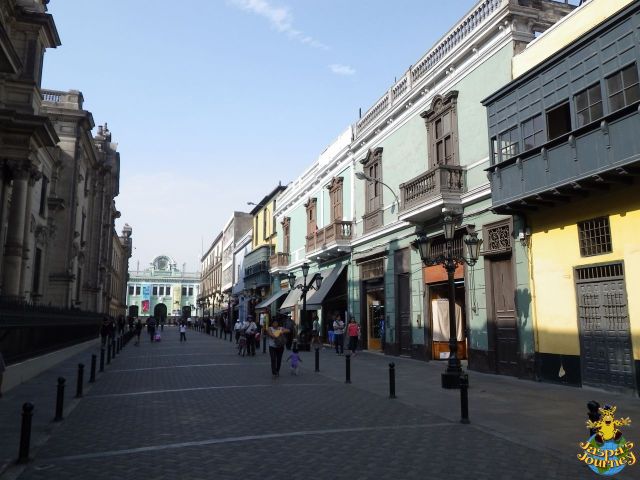 I particularly loved the impressive doorways/gateways opening onto concealed private courtyards away from the noise and bustle of the streets. 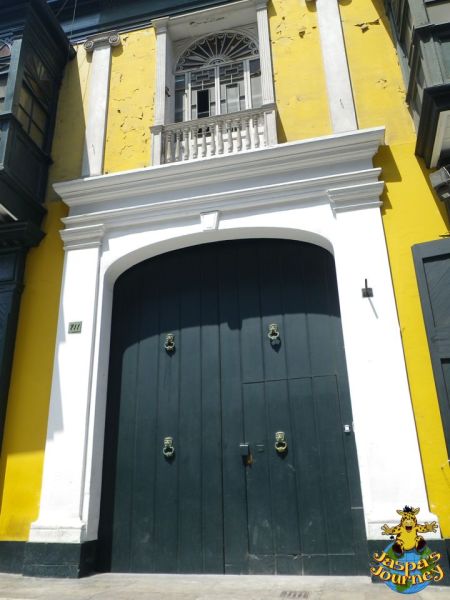 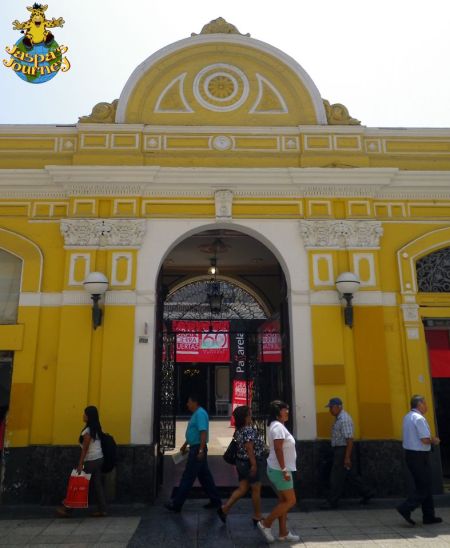 This gate still opens onto the original courtyard… 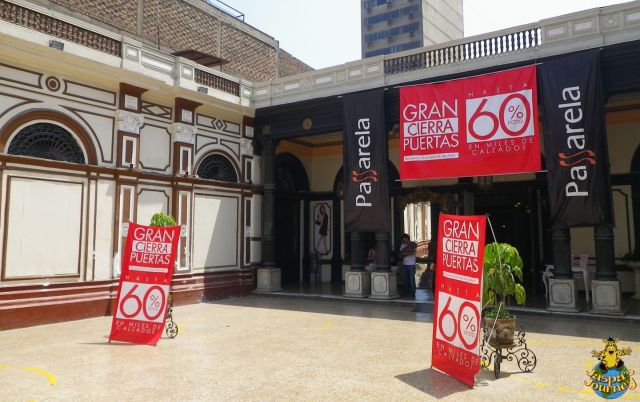 …Which is now home to a high-end store, although the original architecture is still preserved behind all the banners and signs

But my favourite features were definitely the enclosed balconies that once allowed Lima’s richer folk to look out over the comings and goings of the city while retaining their privacy. 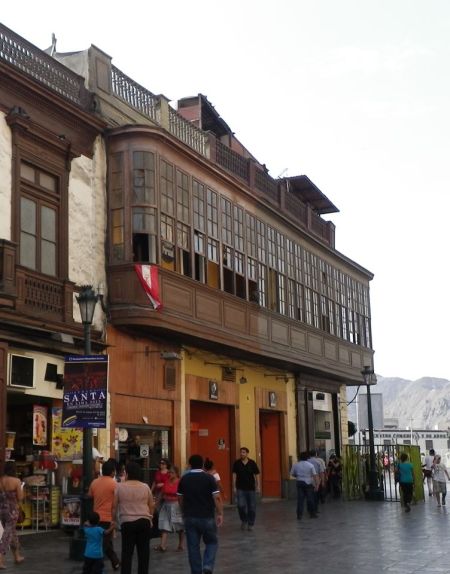 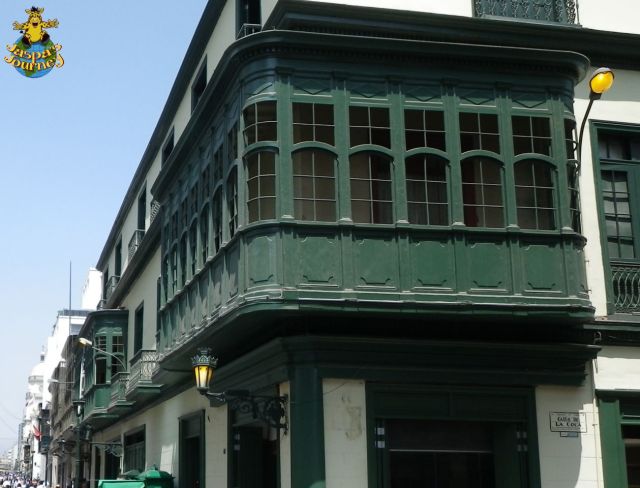 Of course, the regal Plaza Mayor was the architectural highlight of our tour of Lima’s Historic Centre, surrounded as it is by one magnificent building after another. Not to mention the spacious beauty of the plaza itself. 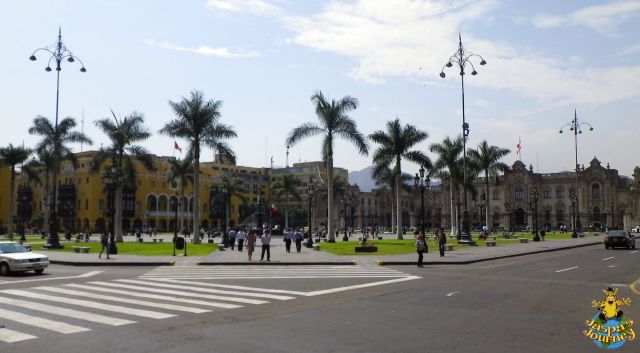 Looking across the Plaza Mayor 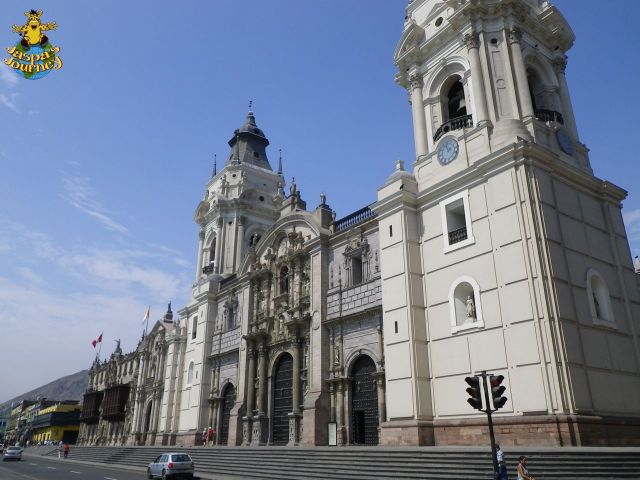 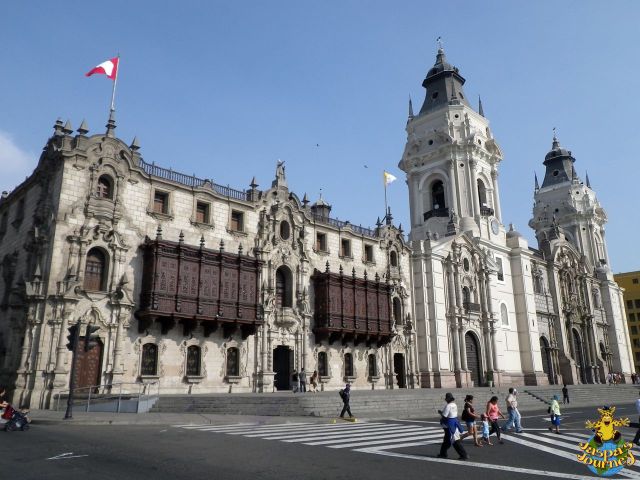 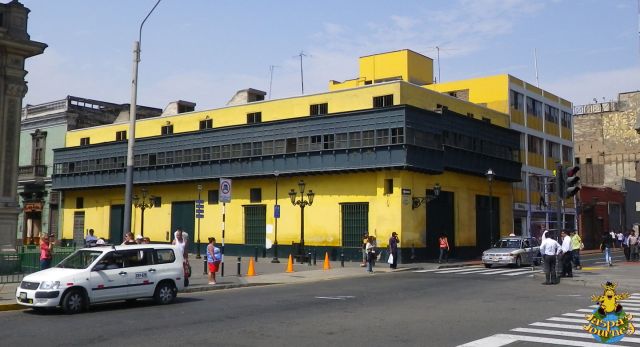 Despite its relatively plain appearance, the Casa del Oidor is actually the oldest building on the Plaza Mayor, and was once the seat of The Royal Audience, part of the justice system during colonial times 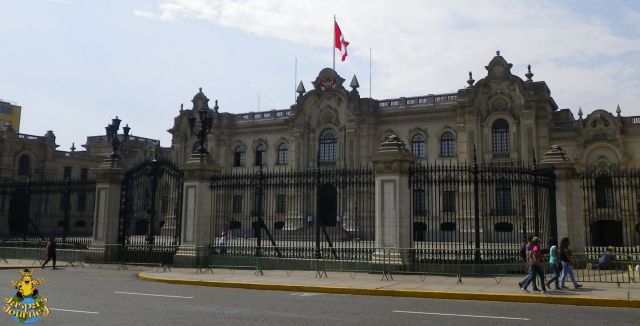 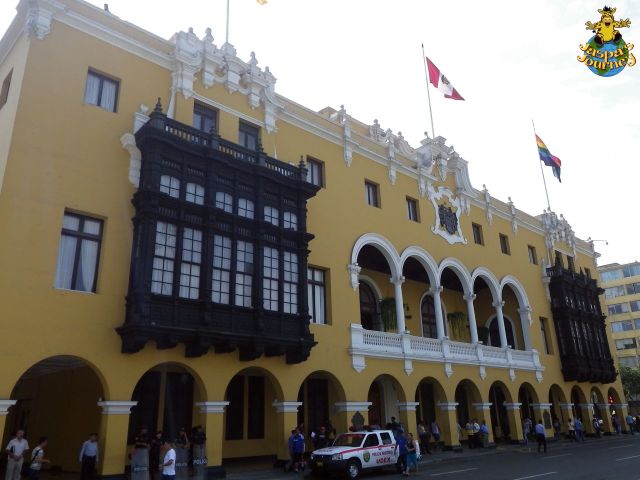 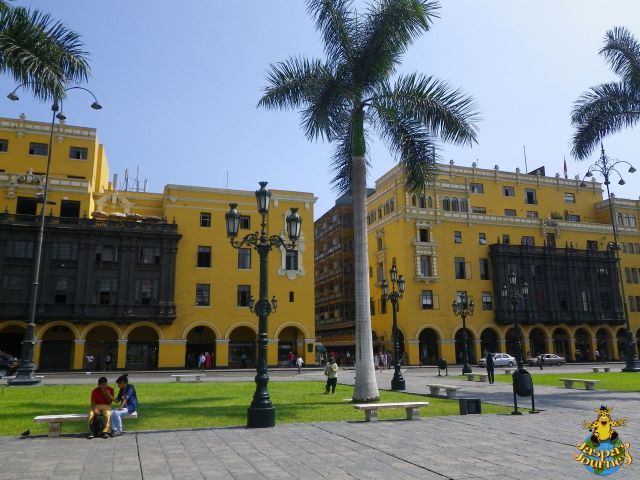 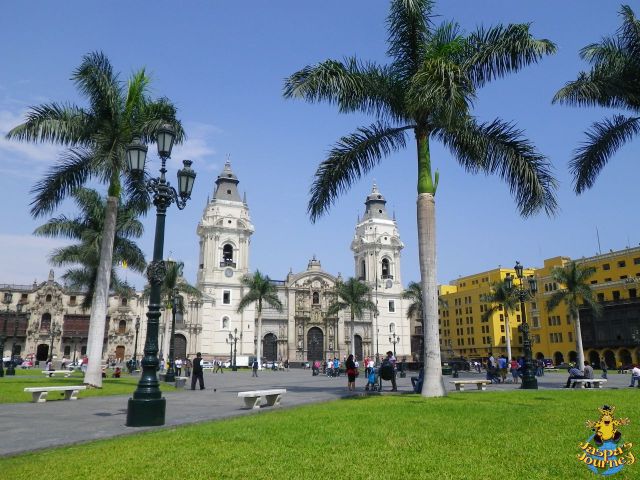 Lima Cathedral and the Archbishop’s Palace across Plaza Mayor 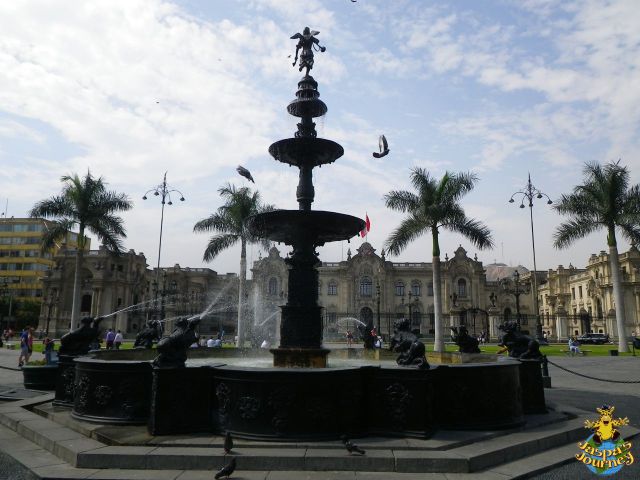 The fountain in the centre of Plaza Mayor

Our time in the Historic Centre concluded with a visit to the Convent of San Francisco. For most people, it’s the bone-filled catacombs beneath the main church that generally have the most lasting impression. And I’m no exception. Sadly, we don’t have any photos, since Rich respected the convent’s request not to take any in the catacombs, but a quick Google search will show you what I mean. 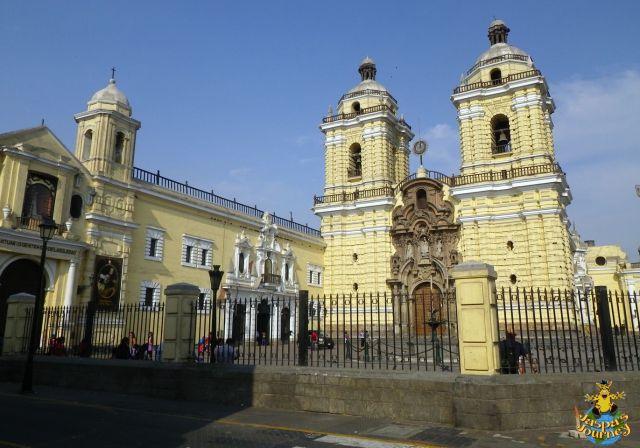 Convent and Church of San Francisco 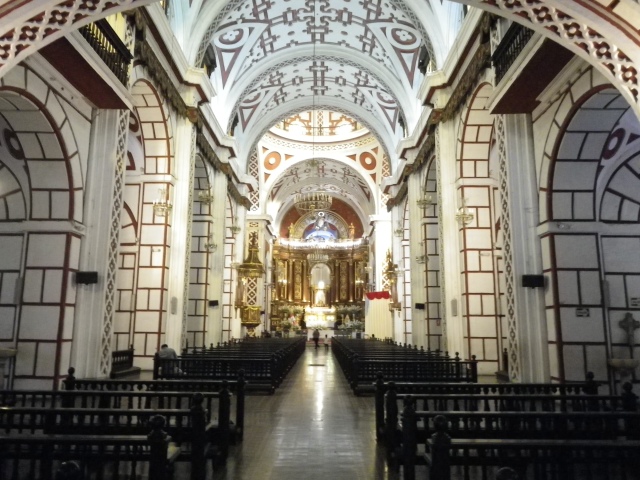 The interior of the church of San Francisco

This post was inspired by Cee’s Which Way Challenge and Jo’s Monday walk.