White pristine beaches. Crystal clear waters. Relaxation and perhaps a spot of snorkelling. That’s what I’d been led to expect from Panama’s San Blas Islands, both by what I’d read beforehand and what I’d been told during our visit to Panama City a couple of days earlier.

The reality of the Carti Island couldn’t have been more different. 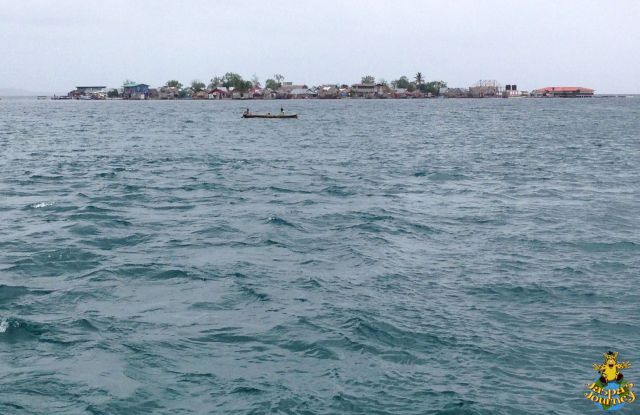 First of all, Carti has no beach to speak of. Not only is every square inch of ground given over to more practical uses, the island is surrounded by pontoons and jetties, so very little of its shoreline is even visible. 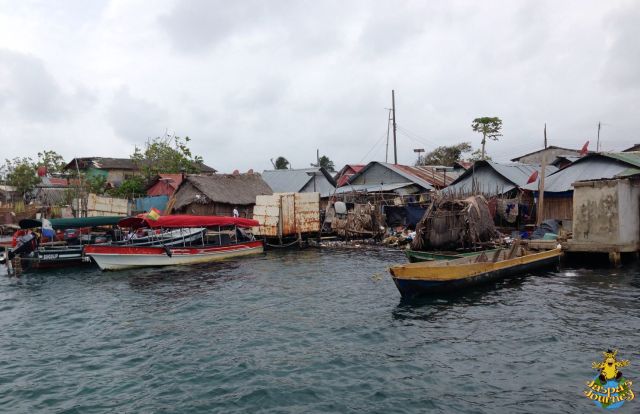 The dock at Carti 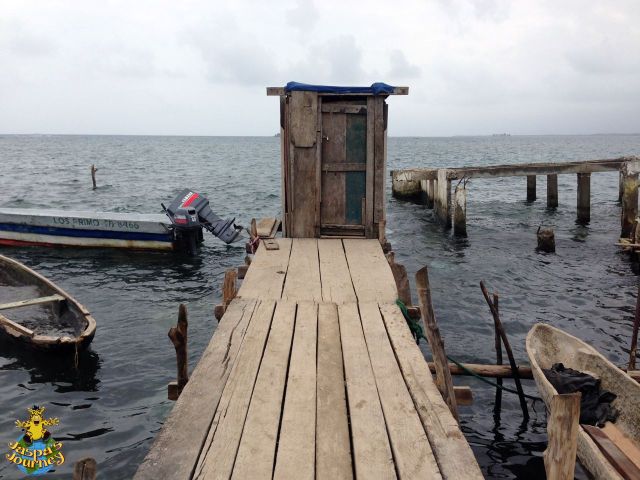 Making good use of space: is that a shed or an outhouse? 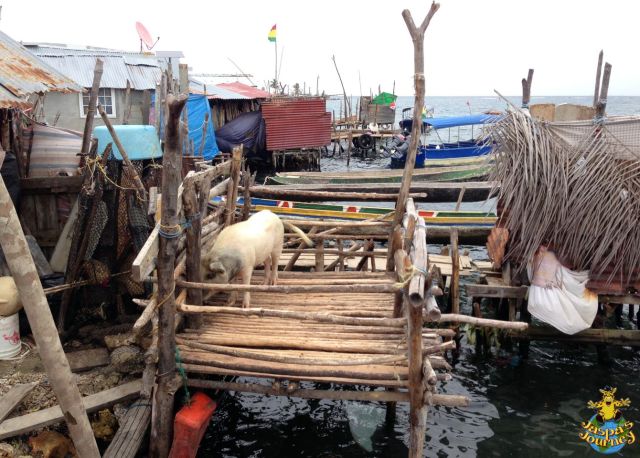 And anyway, while the sea might be crystal clear, the litter floating on its surface would put most people off going for a dip. 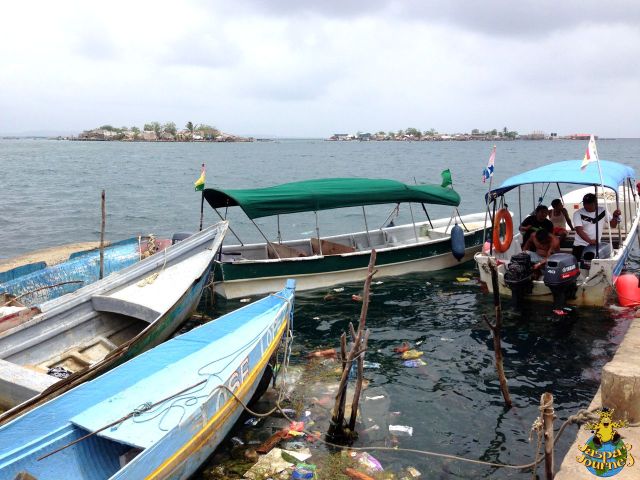 The water could do with a bit of a spring clean

So here’s the million dollar question: Can any small place visited by a cruise ship remain ‘real’? 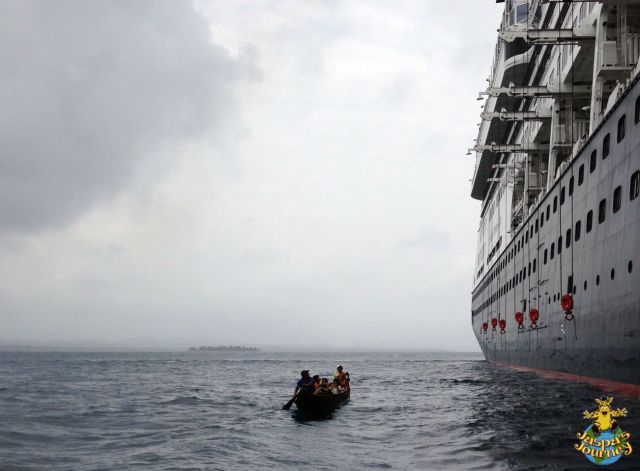 A boat from the past encounters a ship of the future 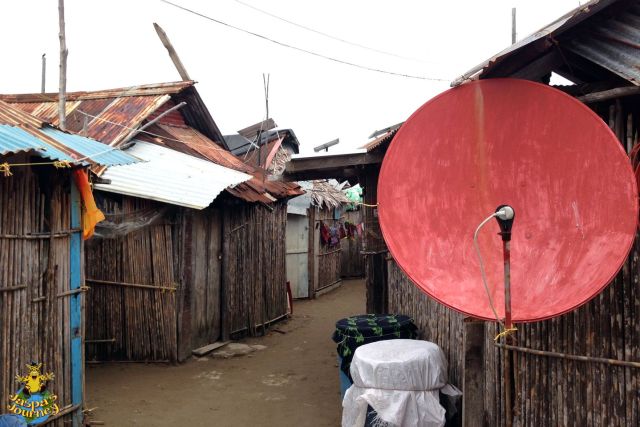 Personally I think that Carti has. At least for the most part. 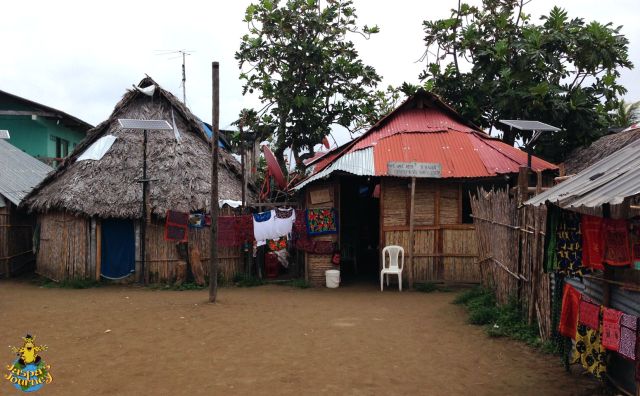 Houses made from wood, straw and whatever people can get their hands on 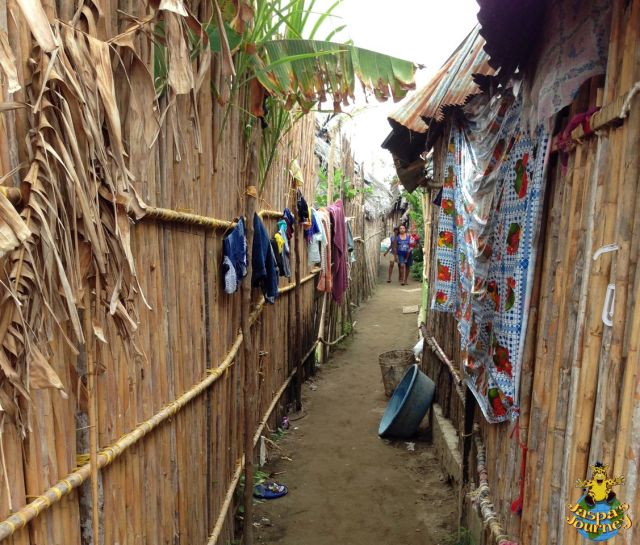 A typical ‘side street’ on Carti 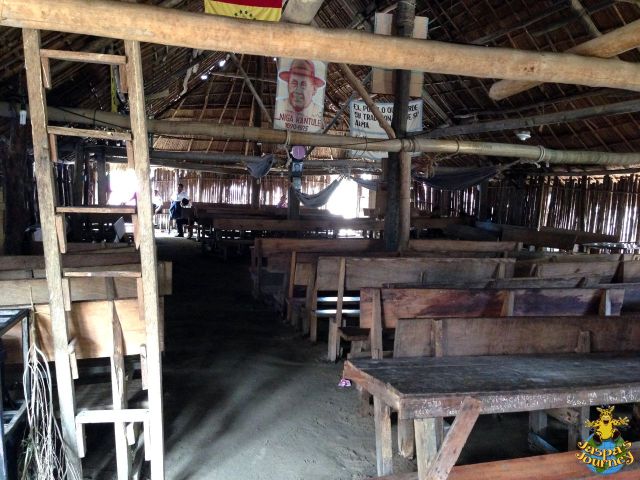 OK, so it’s impossible to deny that the calling of the occasional cruise ship hasn’t had an impact. The constant call of “One dollar!” from the younger children, while they encourage you to take pictures of their pet monkey/bird/cat is proof of that. 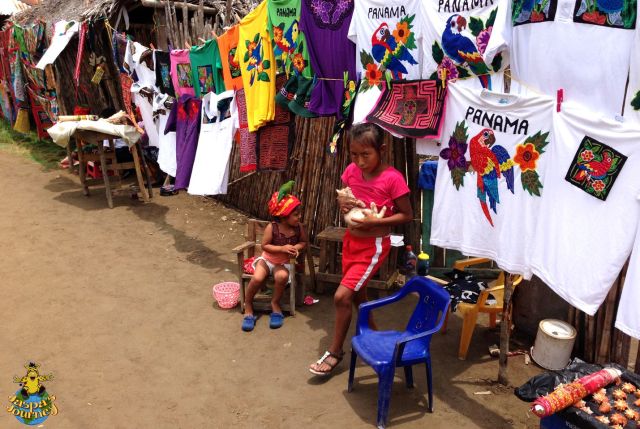 “One Dollar!” for a photo with a kitten? 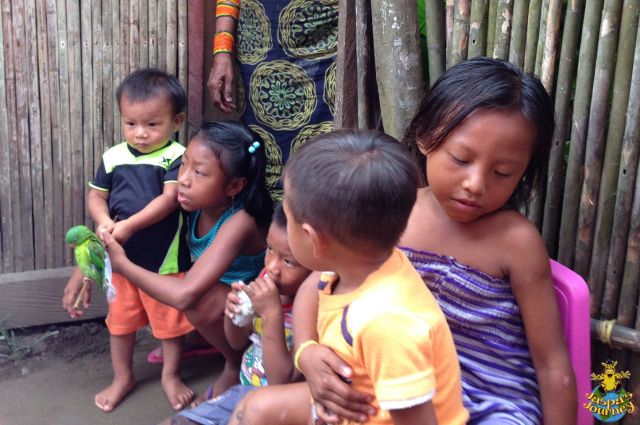 How about with a parrot?

Yet the island hasn’t been sucked into mainstream tourism. There are no shops filled with the regular plastic nonsense on Carti, for example. That doesn’t mean there are no souvenirs or trinkets to be bought, but they’re all sold right out of peoples’ houses and, for the most part, look locally made. My impression was that the locals regard visitors as a welcome additional source of income, rather than central to their daily life and economy. 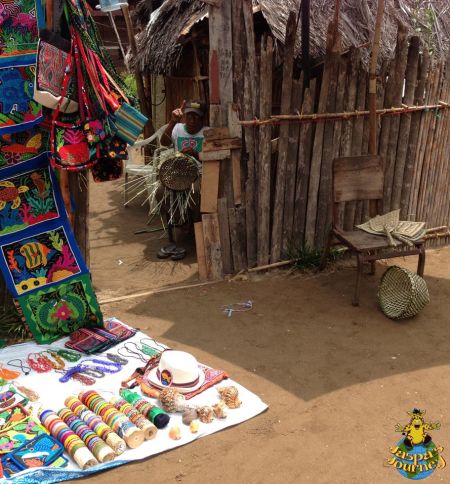 Local crafts being made and sold

The sight of so many women wearing the traditional brightly-coloured Kuna Indian dresses was a joy. And from what I understand, this isn’t just show for the tourists. 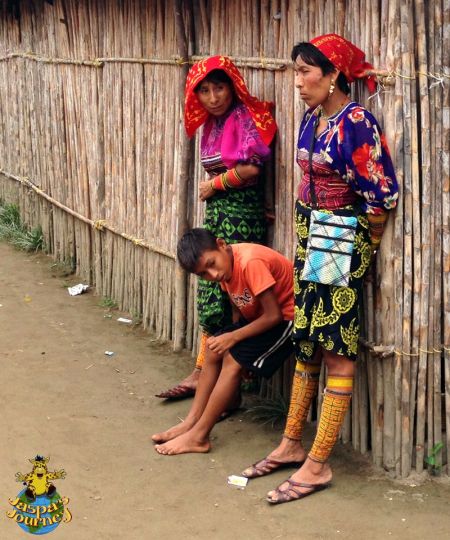 The women in the canoe are ignoring the visitors, yet still wear traditional dress

But that doesn’t mean that Carti is stuck in the past. Clear evidence of a strong belief in education indicates that that the islanders are preparing their children as best they can for a future as part of the modern world. 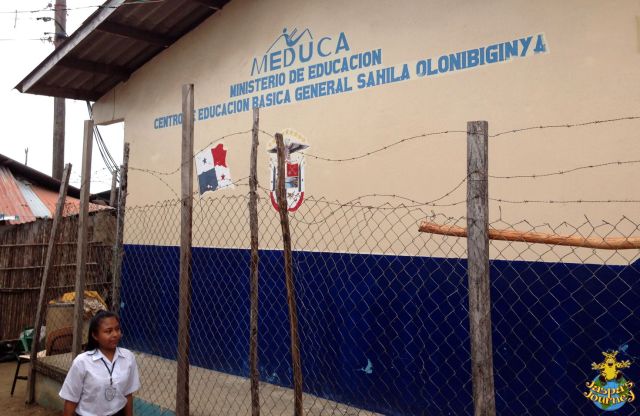 Most noticeably, there is a fair-sized school for older children from Carti and surrounding islands. It was oddly familiar to see school uniforms in a place so different from where I now live. 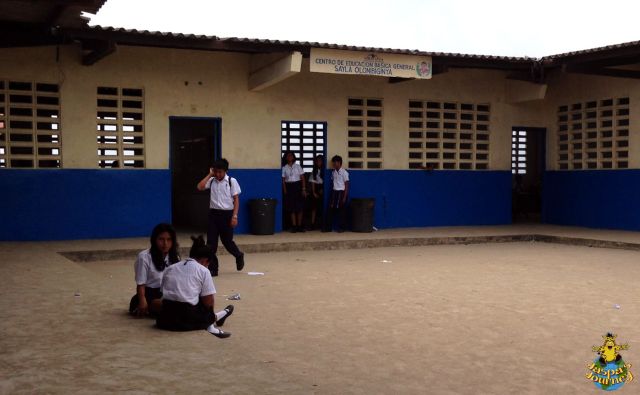 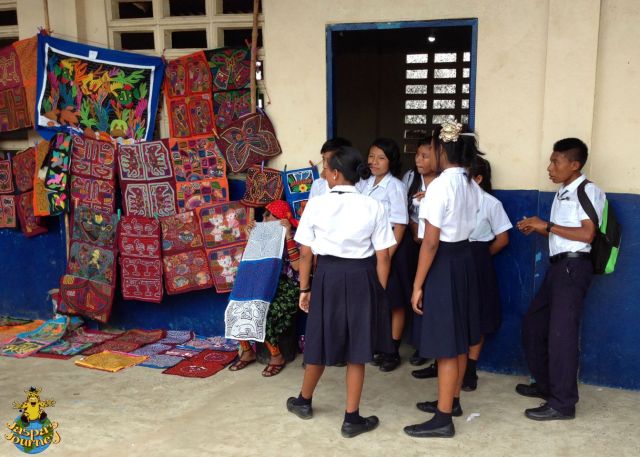 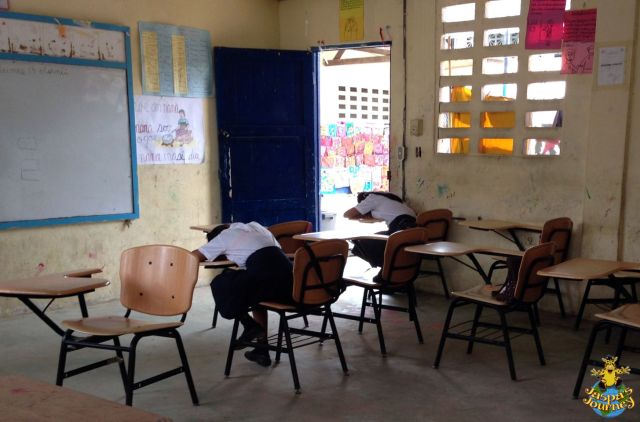 A typical school scene anywhere in the world: students asleep at their desks!

We also came across a medical centre, complete with posters providing preventative healthcare advice, not to mention what appeared to be a library. 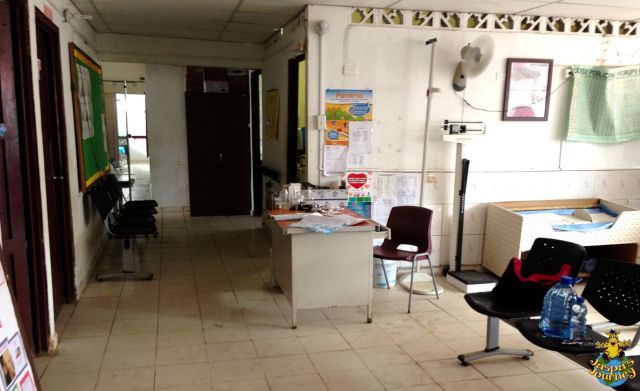 A peek inside the medical centre 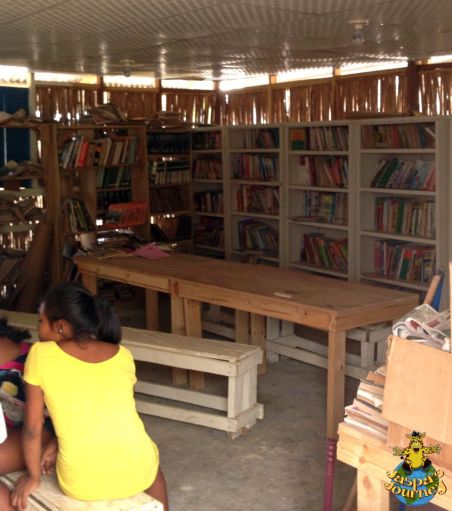 We even witnessed one young boy being taught to read and write. 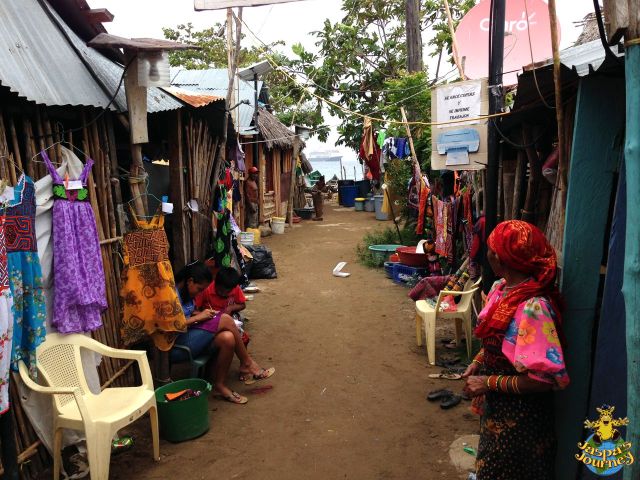 When worlds collide: At first, daily life on Carti seems very alien to those of us from the modern ship at anchor in the distance, but take a closer look and you’ll see something totally familiar… 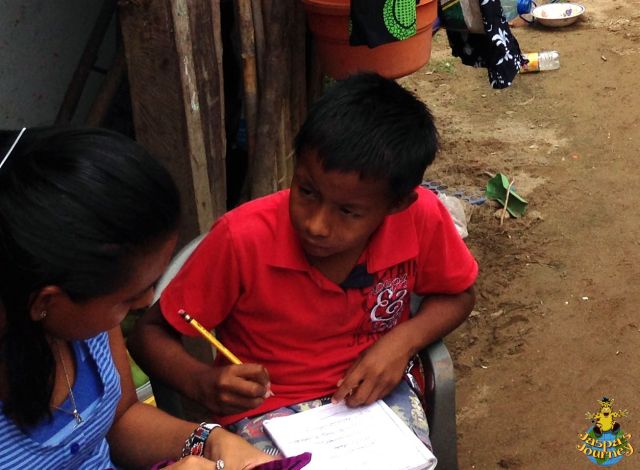 … A small boy learning his letters from his mum or sister

When I first stepped off the boat onto Carti, I have to admit I felt a little uncomfortable at the obvious difference in wealth between the locals and my fellow visitors. 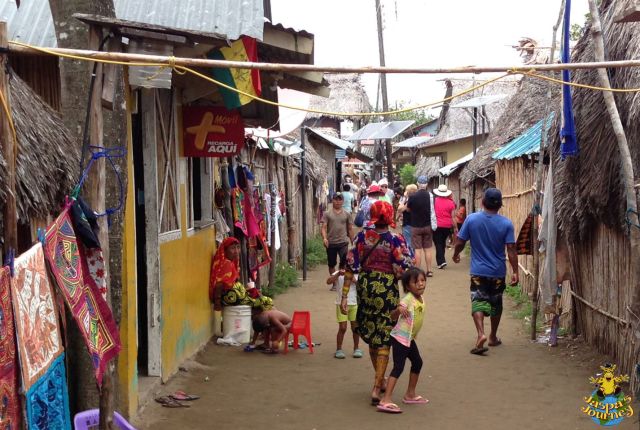 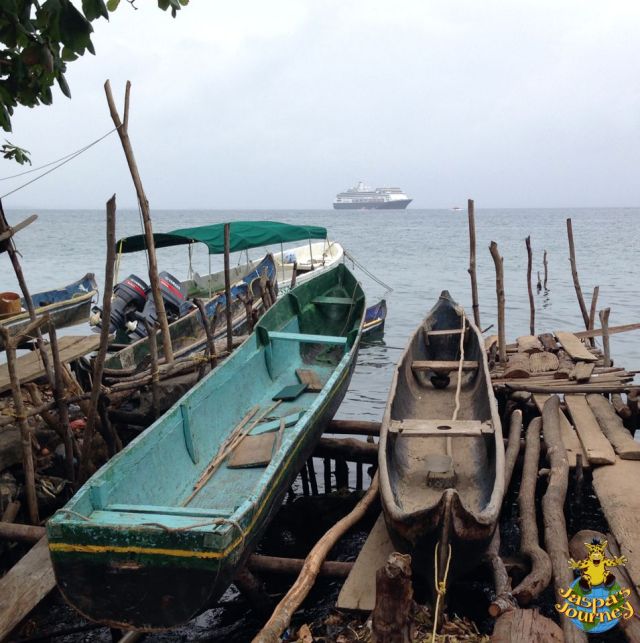 But after spending a couple of hours exploring this tiny speck of land on foot, the feeling I took away from the islanders was optimism. They seemed to be a people making the most of what they have, but with a keen eye on the future. 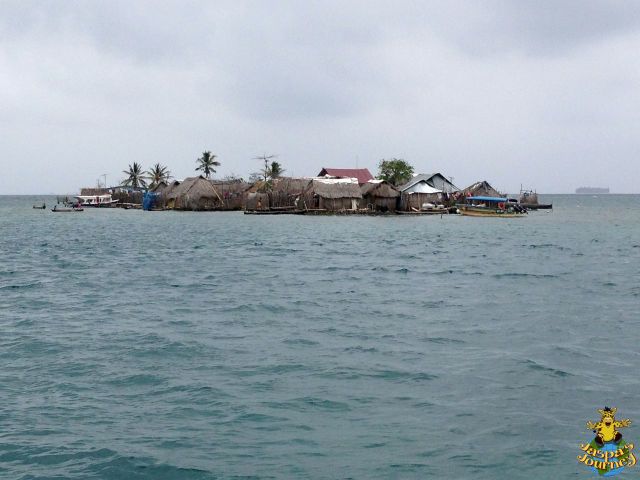 One of Carti’s neighbouring islands 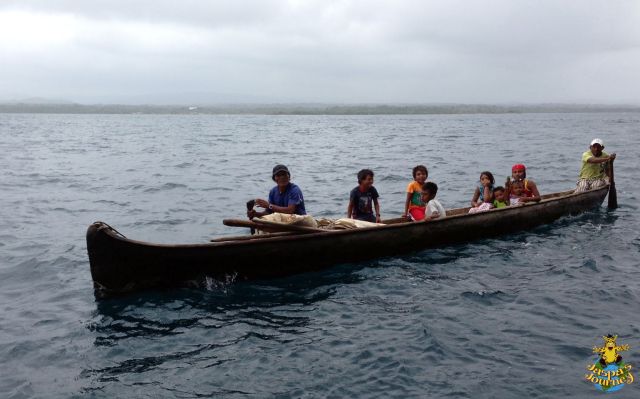 A last farewell from a Panamanian family 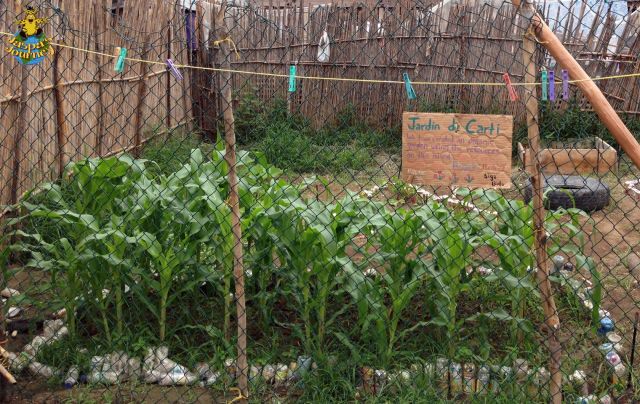 Carti Organic Garden, planted by the islanders, or perhaps the school children
The sign reads “We have created an organic garden using the resources on this island”
Now that’s building an Optimistic Future based on what you already have!

This post was inspired by this week’s photo challenge of Optimistic from Krista of The Daily Post, Future from Ailsa of Where’s My Backpack? and Jo’s Monday Walk.