The Templar Tunnels of Acre, Israel

The historic centre of Acre (modern day Akko), a UNESCO World Heritage Site, is perhaps the best-preserved old town in Israel, second only to Jerusalem.

Acre was taken by the Crusaders at the very end of the 11th Century to be their main port in the Holy Lands. After the capture of Jerusalem by Muslim armies in the 13th Century, it became the primary stronghold of the Templars, an order of Crusader knights. Acre was eventually the last Christian fortress in the region. Its fall in 1291 marked the end of the Holy Land Crusades.

After almost 400 years of near dereliction, Acre was reoccupied by the Ottomans in the 18th Century. Most of the current old town dates back to this period, although much of it, including the imposing citadel, was built using the ruins of the Crusader city as foundations. 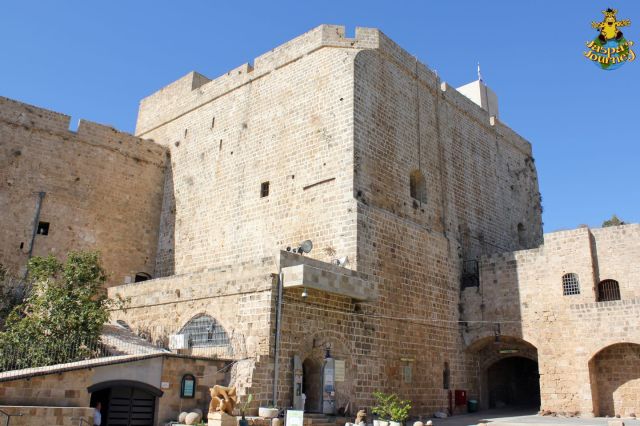 Ottoman Citadel built on top of the Hospitaller Knights’ Fortress

The street level of the old Templar town is about 25 feet below the current one. As a result, many Crusader buildings still survive, buried beneath the Ottoman city. Over the last few decades, ongoing excavations have revealed some of these structures, many of which are remarkably well preserved. 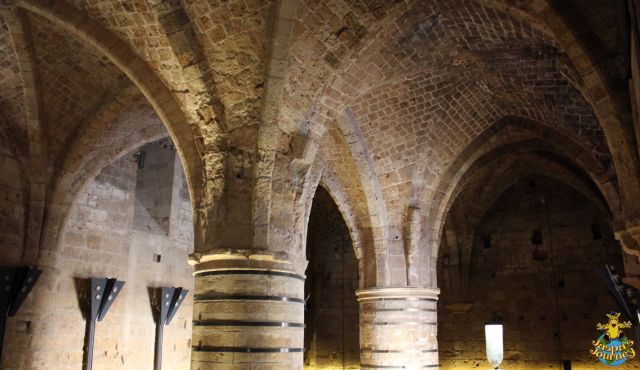 One of the excavated Crusader halls

One of the highlights of Acre’s subterranean Crusader city is a tunnel that once connected the Templars’ fortress in the west to the port in the east.

The eastern end of the Templar Tunnel

Mind your head! Sue in the tunnel

The graceful arched roof is built from smooth-sided stone blocks

Towards its western end, the tunnel splits in two

Today, the excavated smooth-sided tunnel stretches almost a quarter mile, from the modern lighthouse to the imposing Ottoman Khan al-Umdan (Hostel of the Pillars), which served as a kind of warehouse and hostel for merchants.

The Ottoman Khan al-Umdan, near the tunnel’s eastern end

For more images of our adventures in Israel, visit Rich and Sue’s Flickr Album 2010: Mediterranean cruise.

Foundations of the Templar Fortress at the tunnel’s western end

Jaspa's Journey is a series of award-winning, travel-based adventure novels for strong middle grade readers by Rich Meyrick. Join the Adventure! Read the books! Follow Jaspa’s ongoing Journeys at www.jaspasjourney.com. Let's explore this amazing world together! And don’t forget to download the books and see what the buzz is all about!
View all posts by Jaspa →
This entry was posted in Adventure, Asia, History, Travel, UNESCO World Heritage Site and tagged Acre, Akko, Cee's Fun Foto Challenge: Things That Are Smooth, Crusades, Israel, One Word Photo Challenge: Basement, Templar, tunnel. Bookmark the permalink.

15 Responses to The Templar Tunnels of Acre, Israel