How to Return to Punta Arenas, Patagonia

Located on the Strait of Magellan in Patagonia, Punta Arenas is the capital of Chile’s Magallanes region. As such it is one of the most southerly settlements on Earth. 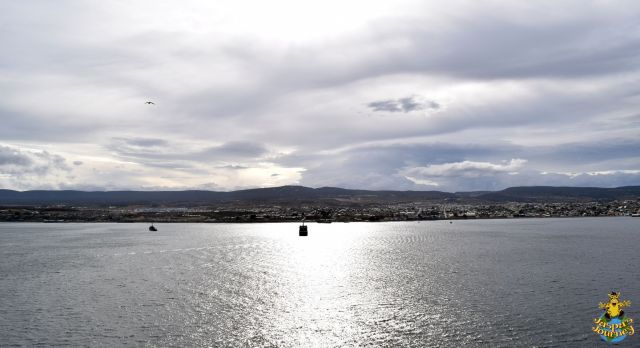 Punta Arenas from the Strait of Magellan

Just three weeks ago, I was lucky enough to visit this incredibly remote town. While there, Patrick of On The Road Patagonia took us on a fascinating tour of the nearby Fuerte Bulnes, the southernmost fort in the world.

Me at Fuerte Bulnes

Back in Punta Arenas itself, we took in the wonderful view of the town and Strait of Magellan from a viewpoint above the city, wandered through the town’s vibrant centre and strolled through the peaceful Sara Braun Municipal Cemetery.

Our visit concluded at Plaza Muñoz Gamero. This tree-filled space is the main public square at the heart of Punta Arenas. 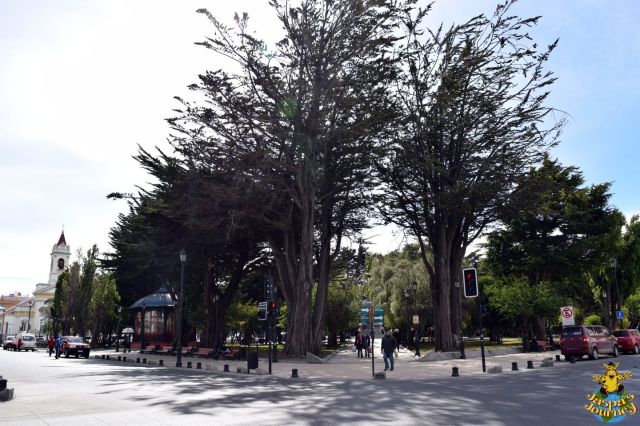 As we arrived in the Plaza, a local youth band was performing an energetic drum and dance routine. The square is surrounded by numerous impressive buildings, including the Matriz Church, the former home of Sara Braun (after whom the Municipal Cemetery is named) and the Chilean Antarctic Institute.

At the Plaza’s centre stands an impressive monument celebrating the 400th Anniversary of Magellan’s discovery of the Strait that now bears his name.

Sadly, we have virtually no photos of any of this, because it was also in Plaza Muñoz Gamero that the unthinkable happened: the SD card in Rich’s camera malfunctioned.

Rich immediately shut off the camera, but all of the photos he’d taken earlier in the day had already been erased. All we have left are a few taken with his phone plus the handful he took afterwards, most of which are featured in this post.

The good news is that Plaza Muñoz Gamero also holds the key to redeeming this unfortunate situation. Beneath the statue of Magellan pointing at his Strait, is a bronze sculpture of a native Indian. It is said that if you kiss the toe of this sculpture, you will return to Punta Arenas. And since we all gave it a go, it’s a done deal, right?

A native with magical properties?

Rich gives it a try 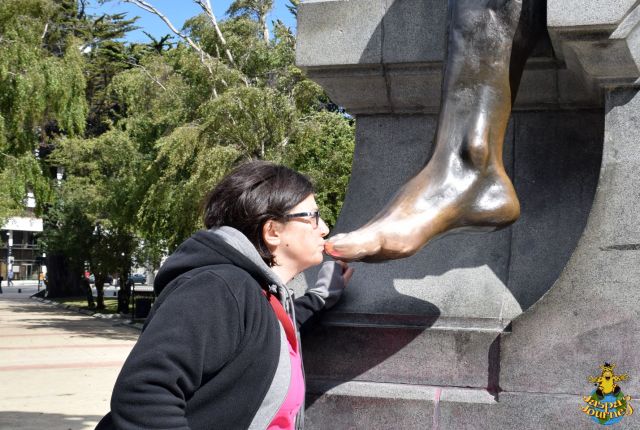 OK, so I’ve heard similar stories associated with statues all over the world. But who knows?… Perhaps one day we will get to return to Punta Arenas and recapture the photos we lost. I certainly hope so!

This post was inspired by this week’s photo challenge of Square from Ailsa of Where’s My Backpack?

When it comes to Windy Cities, Chicago has nothing on Punta Arenas: here they even have to string ropes between lamp posts to act as handrails!

4 Responses to How to Return to Punta Arenas, Patagonia