End of the Chain of Craters Road, Hawaii

I’m lucky enough to have twice visited Hawaii’s Big Island. And although both trips unfortunately coincided with a pause in lava flowing into the sea, I still saw a whole host of incredible volcano-related things.

Naturally, Hawai’i Volcanoes National Park featured prominently in both of my trips to the Big Island, not least because I can’t resist UNESCO World Heritage Sites! The main draw of the park is undoubtedly the caldera of Kilauea volcano. Especially after dark, when you can see the glow of the lava lake within Halema’uma’u Crater. 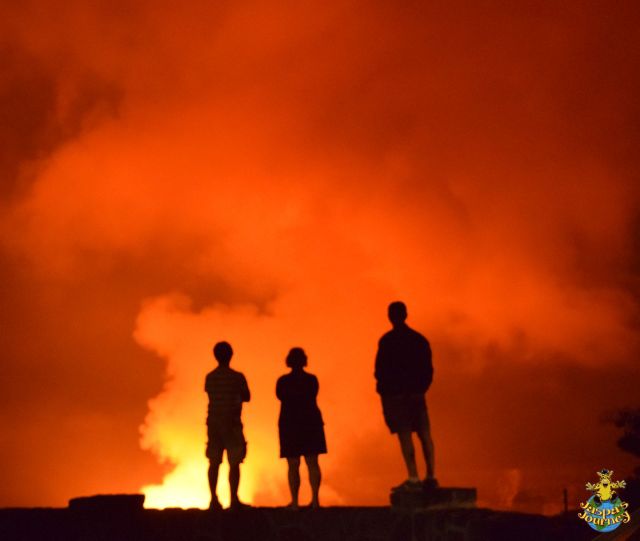 But Volcanoes National Park is overflowing with fascinating things to see and do, not least of which is a drive along Chain of Craters Road. Unsurprisingly, it gets its name from the series of craters it links, particularly in its upper stretches.

Devil’s Throat pit crater (the photo really doesn’t do its depth justice, but look at the trees at its rim to give you an idea)

Yet for many people, the most striking thing about Chain of Craters Road is its abrupt end. Originally it looped around the southern coast of the island, linking the national park with Pahoa and Hilo. That all changed in 1983, when the Pu’u O’o vent on the south side of Kilauea began to erupt. Since then, numerous lava flows have engulfed almost eight miles of the road.

View from the top of the Holei Pali escarpment – the black lava flows in the distance on the left have been produced by Pu’u O’o since 1983. If you look very carefully you can see Chain of Craters Road

An old section of the road, destroyed by a lava flow in 1972

Coincidentally, I first travelled Chain of Craters Road three years ago this week, in December 2013. At that time, the end of the road could not have been more dramatic.

The end of Chain of Craters Road in December 2013

When I revisited the spot in April this year, I was surprised to discover how things have changed. Officially the road still ends at the same place, but an emergency escape route has now been established, roughly following the old path of the road.

Not what I remembered! 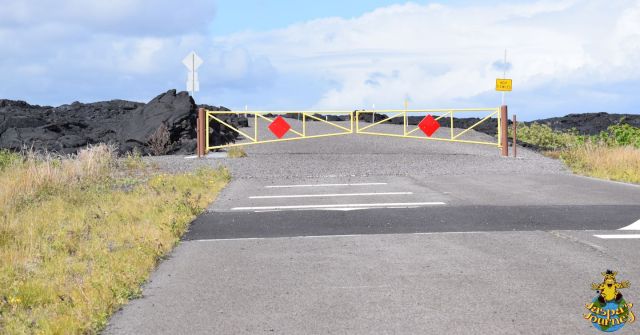 The end of Chain of Craters Road in April 2016

I recall when this was all (lava) fields 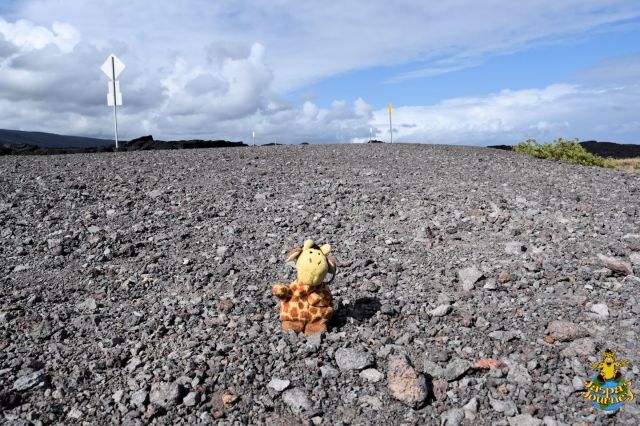 Checking out the workmanship of the new road… it passed!

While I understand the need for the new gravel route. I have to admit, it kind of spoils the spectacular sight of an asphalt road disappearing under a lava flow. 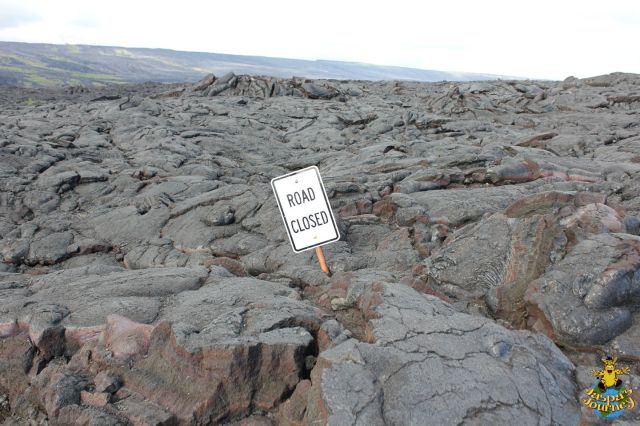 Sadly, this sign is now gone (although it’d admittedly been a bit redundant for quite a few years!)

This post was inspired by the photo themes of New Horizon from Krista of The Daily Post, Fiery from Ailsa of Where’s My Backpack? and Cee’s Which Way Challenge.

Life clinging on beside the end of Chain of Craters Road

12 Responses to End of the Chain of Craters Road, Hawaii