Changing of the Guard in Athens, Greece

It’s mid-afternoon on a Tuesday in springtime. We wait almost-patiently in Plateía Syntágmatos (often called Syntagmatos Square by English speakers, meaning Constitution Square) in central Athens. In front of us is the Vouli Building, once a Royal Palace and today home to the Greek Parliament.

Beneath the main facade of the Parliament Building is the Monument to the Unknown Soldier. It was unveiled in 1932 on March 25th, Greece’s National Independence Day.

The Tomb of the Unknown Soldier

As the hour approaches 4 pm, our anticipation grows. Then our guide, Maria, points to where three members of the Greek National Guard (known as Évzones) have appeared in the northeast corner of the square, marching smartly. They wear their traditional uniform of white kilt, leggings and pom-poms on their clogs. 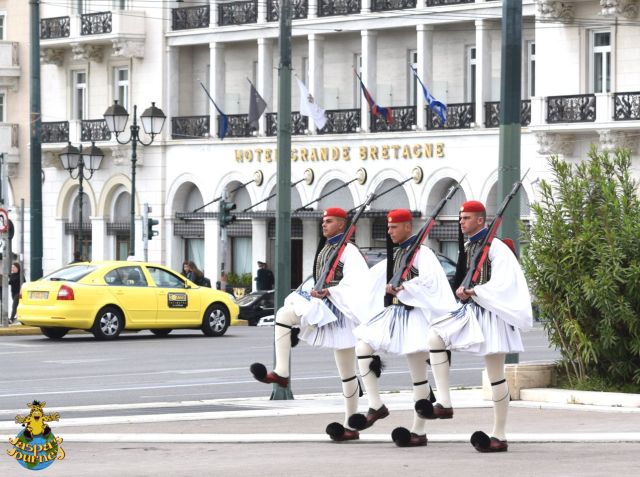 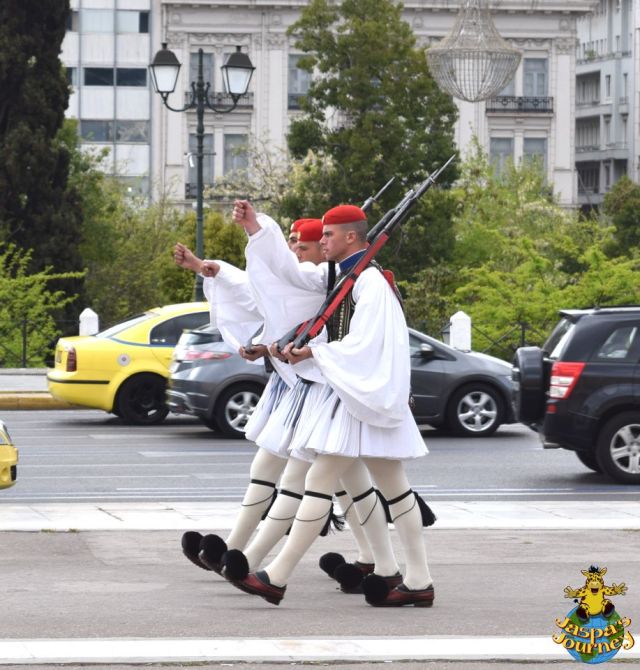 The three soldiers approach the tomb. Through a slow and complicated series of drill manoeuvres, two of them take over from a pair of their comrades, who have been standing guard until then. 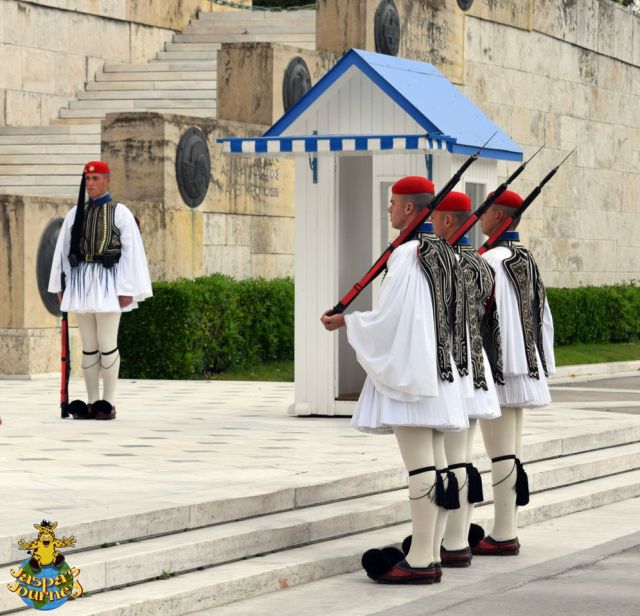 Another Changing of the Guard at the Tomb of the Unknown Soldier in Athens has been successfully completed. 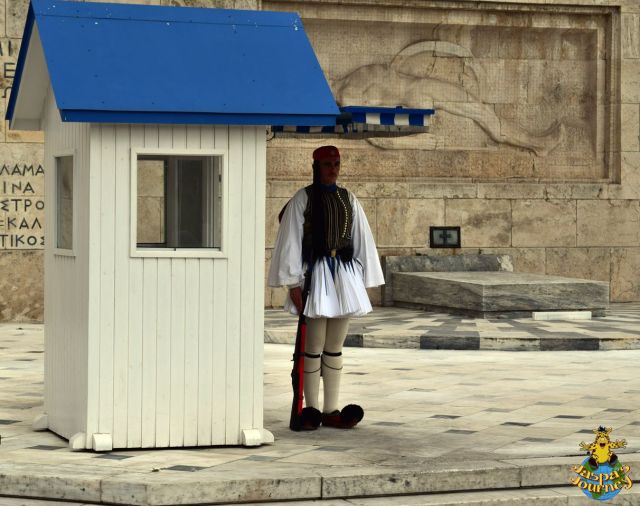 Expand the minds of you and your children by travelling the World with Jaspa’s Journey adventure novels! The first two, The Great Migration and The Pride of London, are now available in both paperback and ebook formats from Speaking Volumes! The third instalment, Jaspa’s Waterloo, is coming soon. Click here for more information.

This post was inspired by the photo themes of Waiting and Anticipate from The Daily Post and Words that start with the letter C from Cee’s Fun Foto Challenge.

Star of my own award-winning adventure novels, Jaspa's Journey. Geocaching addict & F1 fan. Adventure Journeyer & blogger extraordinaire. Check out my website: www.jaspasjourney.com And don’t forget to download the books and see what the buzz is all about!
View all posts by Jaspa →
This entry was posted in Europe, History, Travel and tagged Athens, Changing of the Guard, Greece, Tomb of the Unknown Soldier. Bookmark the permalink.

5 Responses to Changing of the Guard in Athens, Greece