The Spruce Goose: The Biggest Airplane Ever Built

I love airplanes, but my brother Bisckits adores them. So he couldn’t have been happier when, during a West Coast roadtrip from Seattle to San Francisco, we called in to see a very special aircraft. 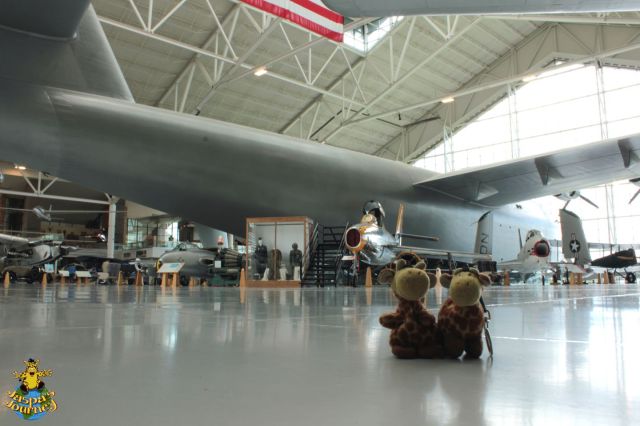 Me and Bisckits at the Evergreen Aviation and Space Museum

Just outside McMinnville, Oregon, is the Evergreen Aviation and Space Museum. It has an incredible collection of air and spacecraft. But it’s pride and joy is the Hughes HK-1 (H4) Flying Boat. 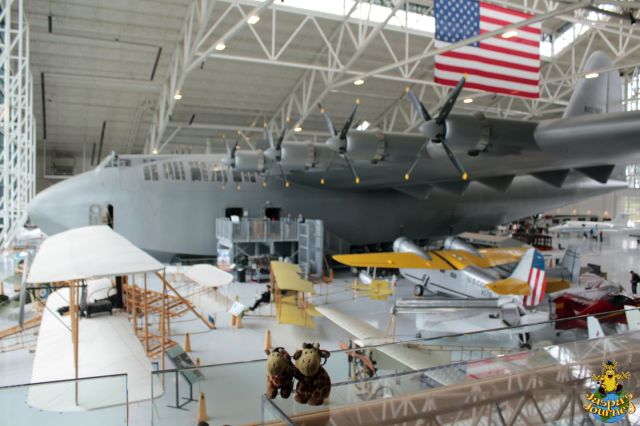 This aircraft is special for so many reasons. Firstly, it’s a unique, one-of-a-kind, never to be copied, prototype.

Secondly, due to wartime restrictions placed on the designers, it is built almost entirely of wood.

Thirdly, at over 218 feet long, with a wingspan of almost 320 feet and a height of more than 79 feet, it’s the biggest airplane ever built. 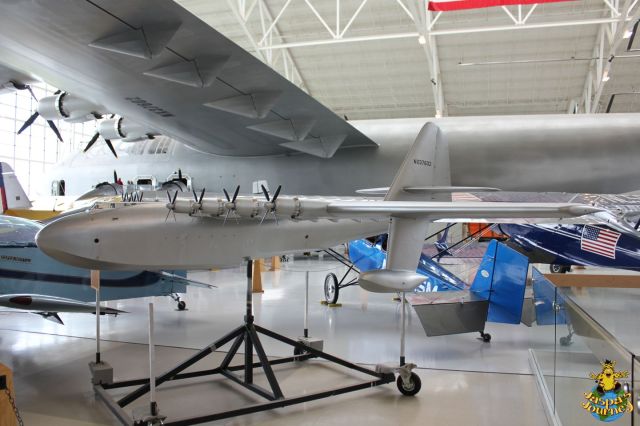 The Spruce Goose: a scale model beside the real thing 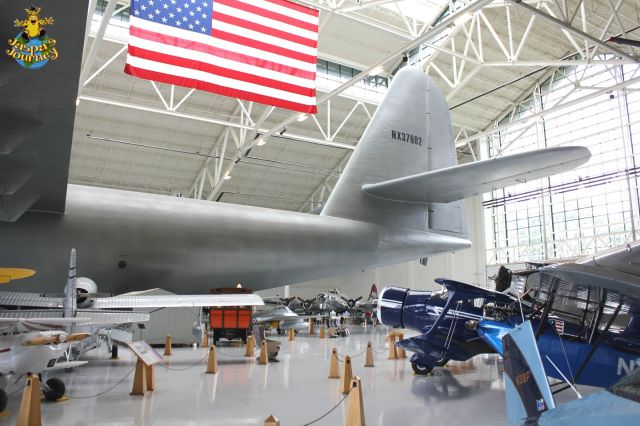 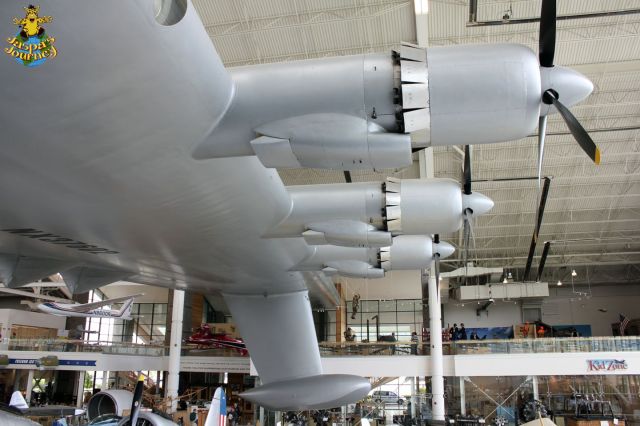 The aircraft is powered by eight Pratt & Whitney engines

The original idea came from businessman Henry Kaiser in 1942, but it was the famous film director Howard Hughes that actually designed and built the aircraft. 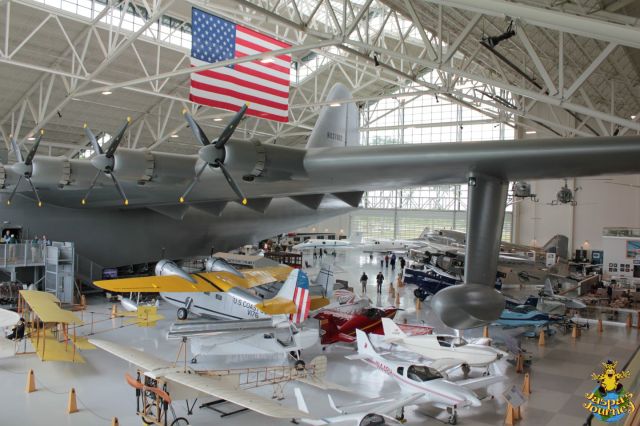 The Hughes Flying Boat dwarfs everything around it… 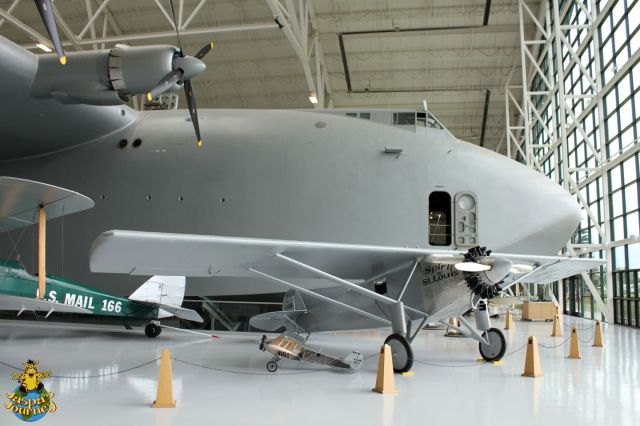 … including this replica of the famous Sprit of St. Louis, the first aircraft to cross the Atlantic at the hands of Charles Lindbergh, just 20 years before the Spruce Goose‘s brief flight

The Hughes Flying Boat has been called many names, not least of which is the Hercules, because of its size. But it’s best known as the Spruce Goose, a belittling nickname given to it by the press of the time, which Hughes hated. It’s also inaccurate, since the ‘Spruce Goose’ is actually mostly constructed of birch wood. 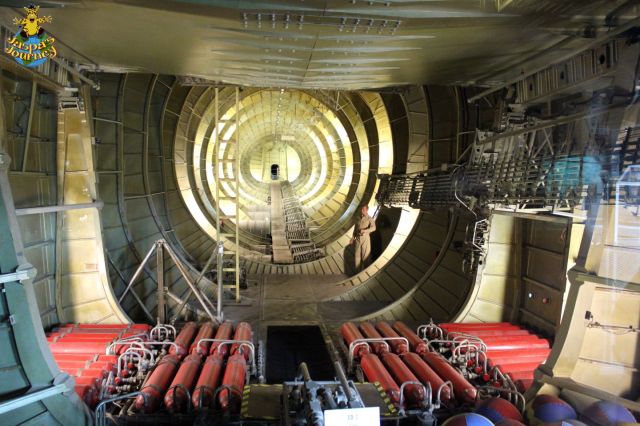 Inside the belly of the Goose 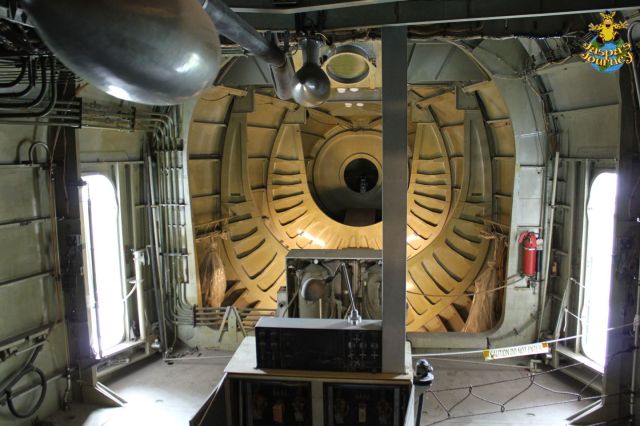 The nose of the aircraft from the main cargo area 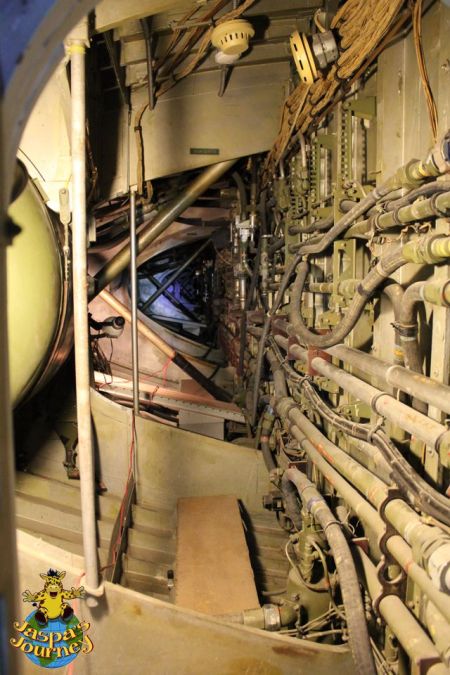 Inside one of the giant wings 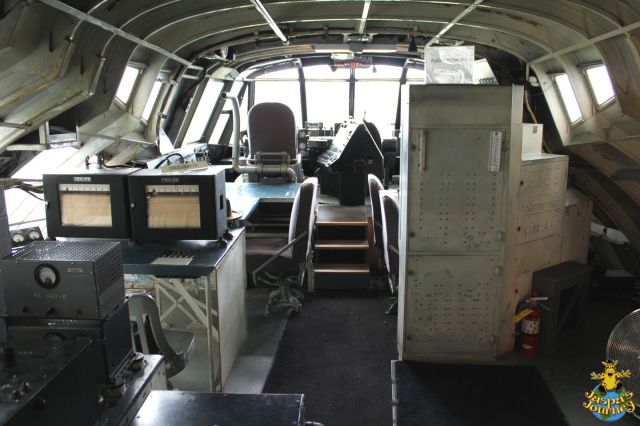 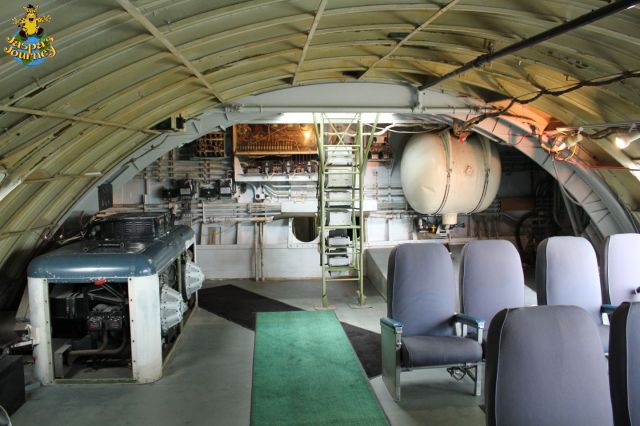 The Spruce Goose flew above the waves for around one minute, covering a distance of about a mile. Hughes had proved to the World that his massive flying boat could fly, even though it would never do so again. 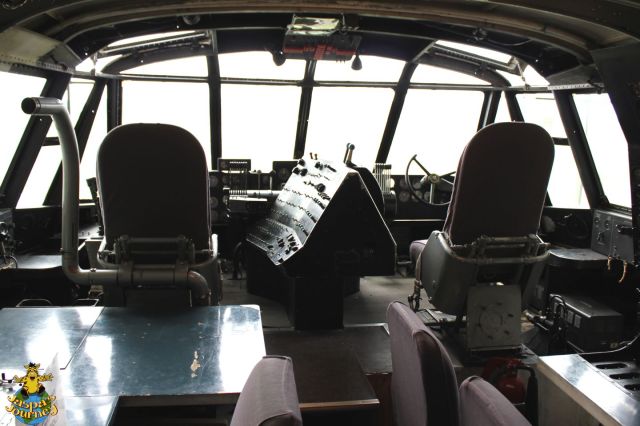 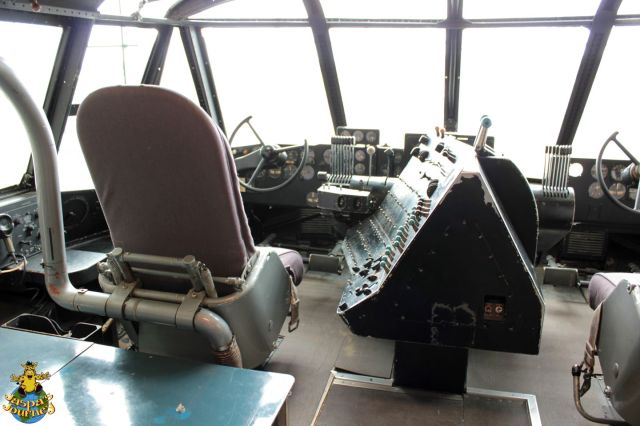 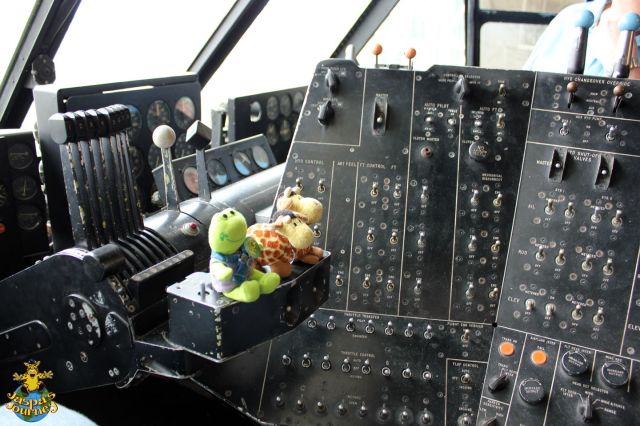 At the pilot’s controls!

Nevertheless, Hughes kept his beloved creation air-worthy until his death in 1976, just in case. Afterwards, it was displayed in a museum in Long Beach, before finally moving to its current home in Oregon, where it went on display in 2001 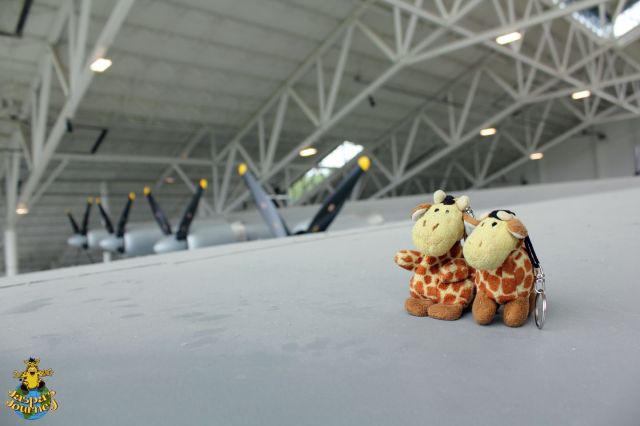 Although the Hughes Flying Boat was mocked in its day by the press and Howard Hughes’ critics, Bisckits and I think it’s Exceptional. We couldn’t have been happier to see, and even go inside, the Spruce Goose. 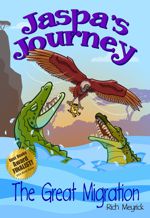 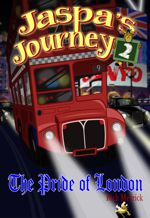 Expand the minds of you and your children by travelling the World with Jaspa’s Journey adventure novels! The first two, The Great Migration and The Pride of London, are now available in both paperback and ebook formats from Speaking Volumes! The third instalment, Jaspa’s Waterloo, is coming soon. Click here for more information.

This post was inspired by the photo themes of Happy from Cee’s Fun Foto Challenge,  Scale and Exceptional from The Daily Post and Names from Ailsa of Where’s My Backpack?

Jaspa's Journey is a series of award-winning, travel-based adventure novels for strong middle grade readers by Rich Meyrick. Join the Adventure! Read the books! Follow Jaspa’s ongoing Journeys at www.jaspasjourney.com. Let's explore this amazing world together! And don’t forget to download the books and see what the buzz is all about!
View all posts by Jaspa →
This entry was posted in Adventure, History, Travel, USA and tagged aircraft, airplane, biggest, Evergreen Aviation and Space Museum, McMinnville, Oregon, Spruce Goose. Bookmark the permalink.

13 Responses to The Spruce Goose: The Biggest Airplane Ever Built