On Sunday August 10th, 1628, the Vasa set sail on her maiden voyage. She was the gleaming new pride and joy of the Swedish Navy, and three years of construction had brought her to this point. The crowds cheered as she left her moorings below the Royal Castle in Stockholm.

But just 1400 yards later, the Vasa’s naval career was over. As the wind caught the sails of the top-heavy warship, she began to heel (lean sideways). Evermore she heeled, until water began to pour in through her open gunports. At this point, the Vasa began the next stage of her journey. To the bottom of Stockholm Harbour.

Several attempts were made to recover the ship, which now rested 100 feet below the surface of the sea, but all ended in failure. In 1664 most of the Vasa’s cannons were recovered, but the ship herself was abandoned, her exact location eventually forgotten.

Normally, the Vasa would have slowly rotted away, eaten by shipworm. But this tiny marine clam can’t survive in the Baltic, the cold waters of which contain less salt than most other seas. So it was that the Vasa’s timbers endured, to be rediscovered in 1956.

But salvaging the ship was still going to be an immensely difficult task. Finally, plans were made to hoist the Vasa from her watery grave. But would they succeed? I’m sure there were a great many nervous people looking on when, on April 24th, 1961, the Vasa re-emerged into the daylight. Yet she was so well preserved that by May 4th she was floating on her own, and able to be towed to a nearby dry dock. After a voyage that had begun 333 years earlier, the Vasa had finally made port. 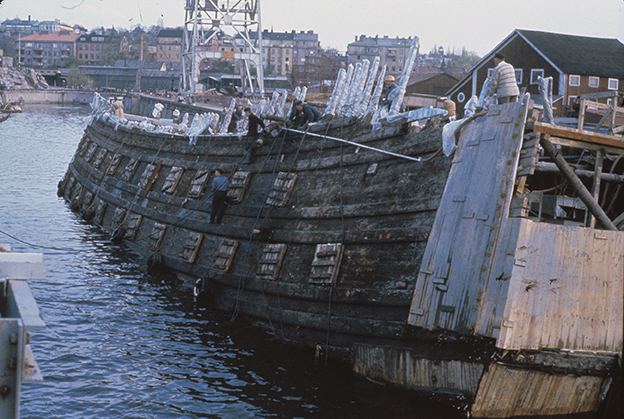 For the next 27 years, the Vasa remained in her temporary lodgings, while the slow process of preserving her for the future was undertaken. Then, in December 1988, she made her final Journey, towed to her purpose-built home in the centre of Stockholm. 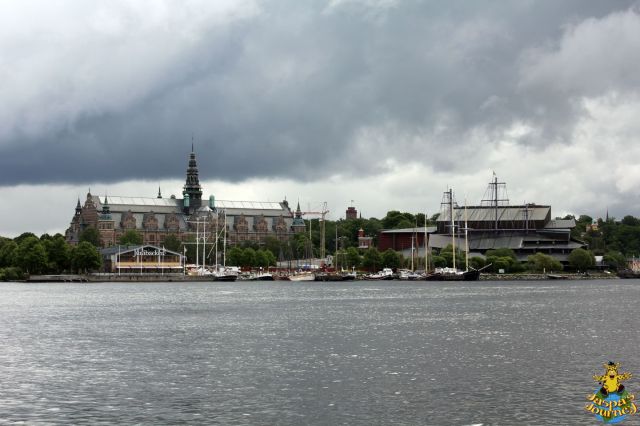 The Vasa Museum (on the right) in Central Stockholm –
Note the metal masts, which convey the full height of the Vasa‘s rigging

My first view of the Vasa

It’s utterly amazing to think this ship spent 333 years at the bottom of the sea!

Bow down to this miracle of preservation 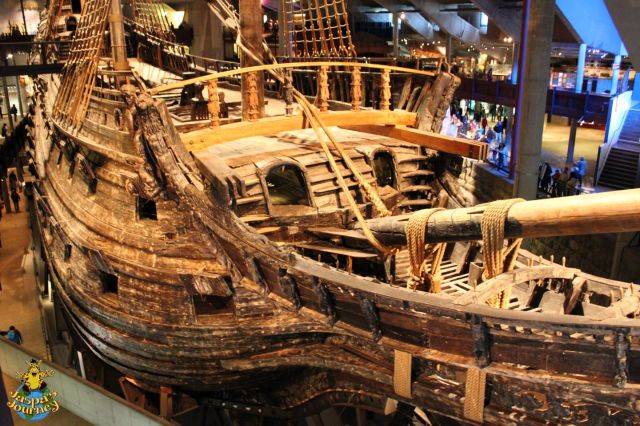 New pieces of timber are smooth and lighter-coloured, everything else is original

Looking along the hull 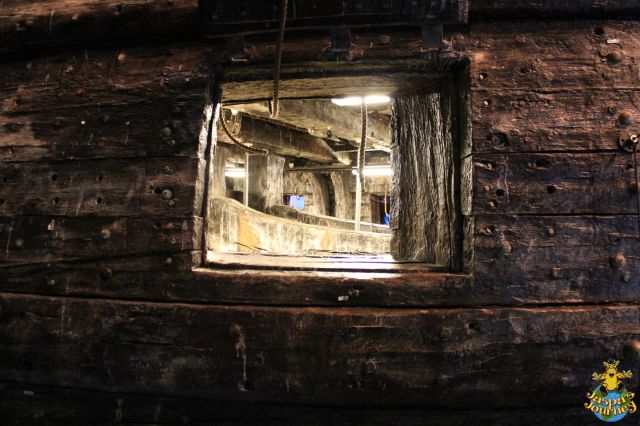 Peeking inside through a gunport

Some of the Vasa‘s 24-pounders 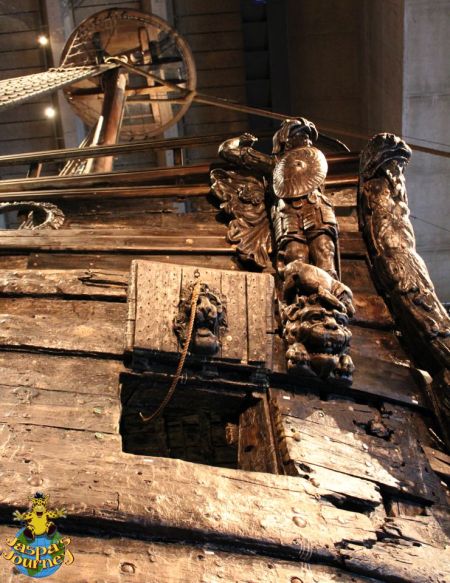 Looking up at the rigging, near the Vasa‘s stern

Gazing up at the Vasa‘s stern 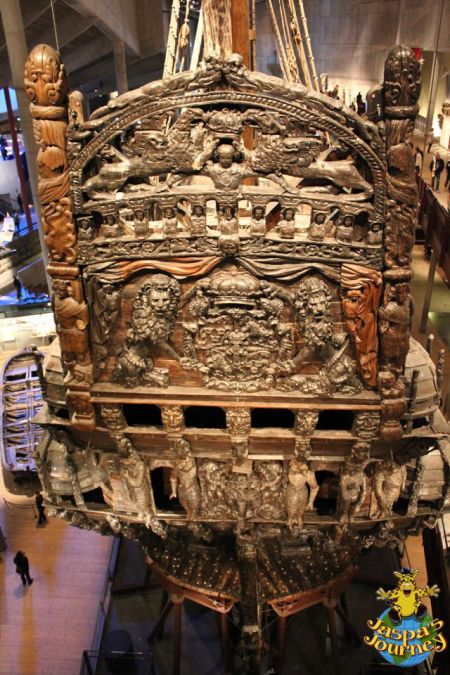 The massive carved stern of the ship

Both the original detail and the preservation are incredible

View down the starboard flank of the Vasa

The main deck and port side from the stern

Sue in a mock-up of the Vasa‘s rigging

This post was inspired by this week’s Cee’s Which Way Challenge.

Stitched view of the Vasa‘s stern and port side

Jaspa's Journey is a series of award-winning, travel-based adventure novels for strong middle grade readers by Rich Meyrick. Join the Adventure! Read the books! Follow Jaspa’s ongoing Journeys at www.jaspasjourney.com. Let's explore this amazing world together! And don’t forget to download the books and see what the buzz is all about!
View all posts by Jaspa →
This entry was posted in Europe, History, Jaspa's Journey, Photography, Travel and tagged Cee's Which Way Photo Challenge, giraffe, museum, sailing ship, ship, Stockholm, Sweden, Vasa. Bookmark the permalink.

3 Responses to The Vasa, Stockholm