If, like me, you’re fascinated by ghost towns, then Sewell is the place for you. Located around 7200 feet high in the Andes Mountains, Sewell began as a miners camp in 1905 serving the El Teniente mine, reputedly the largest underground copper mine in the World. 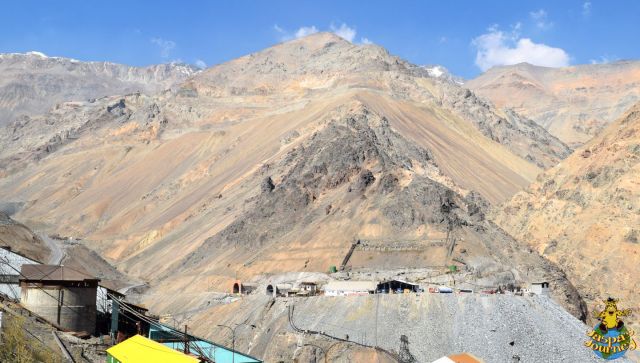 Looking across from Sewell to the entrance of El Teniente

Copper deposits exposed at the surface

Built on the side of a mountain opposite one of the entrances to El Teniente, Sewell has no roads to speak of, and is often called The City of Stairs. A few months ago, I wrote a blog on Valparaiso, another Chilean UNESCO World Heritage Site known for its steps, but even it doesn’t have a patch on Sewell.

Our first view of Sewell

A taster of why it’s called The City of Stairs 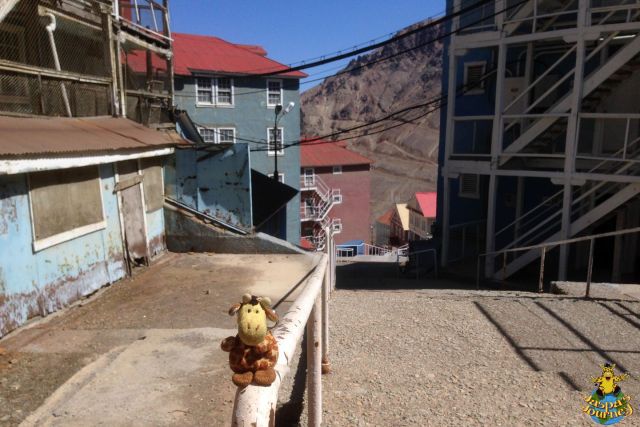 At the top of the stairs – “What stairs?” you ask…

Despite its remote location, the residents of Sewell didn’t want for much. They had offices, schools, a modern hospital… and Chile’s first bowling alley!

The green-roofed building is the hospital

One of the former offices

… the first bowling alley in Chile!

On the right is the church

By the mid 1960s, Sewell was in its heyday, home to approximately 15,000 people. But by the end of that decade things began to change. Over the next 15 years, the miners and their families were relocated to the town of Rancagua, down in the valley, almost 5000 feet below. And Sewell became all but a ghost town.

Some of the accommodation buildings

Not a bad place for Rich to spend his birthday

The base of the main staircase

Glad our walk started at the top of the town!

Some of the buildings were demolished in the 1970s, but fortunately this destruction was short-lived. In August 1998, Sewell was declared a National Monument, and in 2006 it was rightly added to the list of UNESCO World Heritage Sites.

Dwarfed by the surrounding mountains 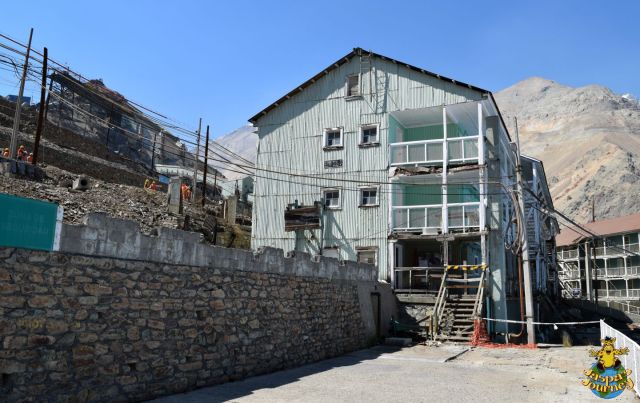 The upper part of Sewell was industrial buildings

Some of the industrial buildings also survive

Even the buildings themselves are stepped

Tours of Sewell must be arranged through VTS Travel. And don’t be swayed by recent reviews, which focus on the fact that the tour no longer includes entrance to the El Teniente mine. Sewell alone is still more than worth the visit, and despite this change to the itinerary, I still thoroughly enjoyed the tour!

Sue with our impromptu guide, Joyce, a friendly fellow visitor who did most of the Spanish-English translating for us

This post was inspired by the photo theme Change from Kristin of The Daily Post,  as well as the very last Which Way Challenge from Cee of Cee’s Photography (sad face!) and Jo’s Monday Walk.

View down the valley from Sewell 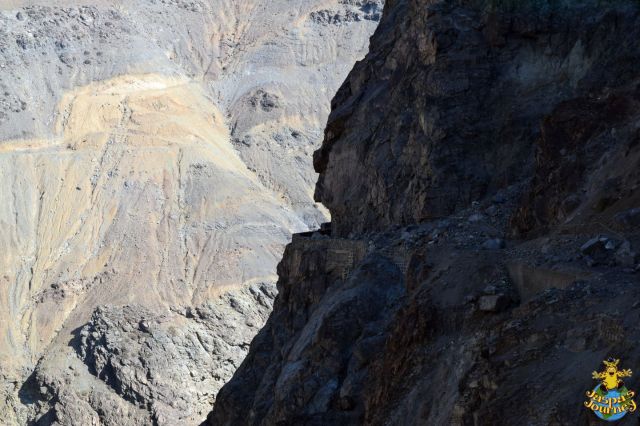