As places to mark your exit from this life go, Recoleta Cemetery in Buenos Aires isn’t bad. In fact, it’s considered one of the most beautiful Cities of the Dead in the World.

The streets of the Recoleta necropolis run for miles. Some are broad and leafy, others narrow and claustrophobic. The cemetery covers an area of 14 acres and contains over 6400 tombs and mausoleums. Even a brief tour of just some of its highlights with our guide Pablo Piera took us a couple of hours 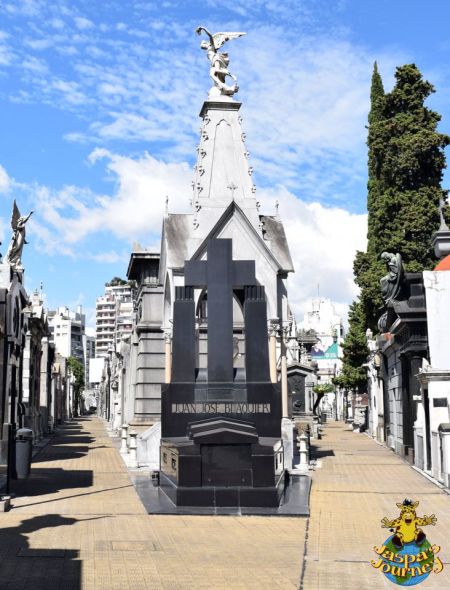 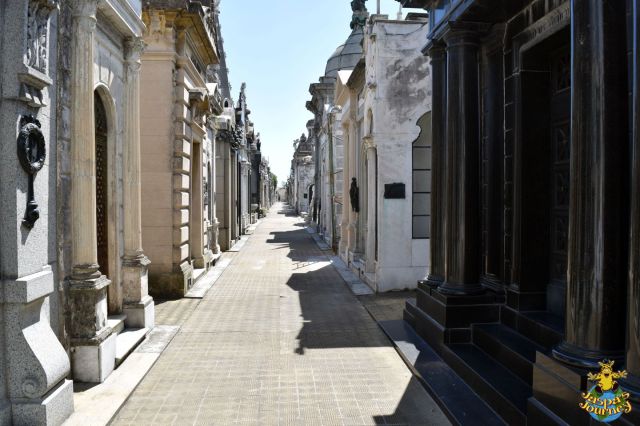 The houses of the after life in Recoleta cover every style imaginable, from simple to ornate, from gothic to modernistic, and everything in between. 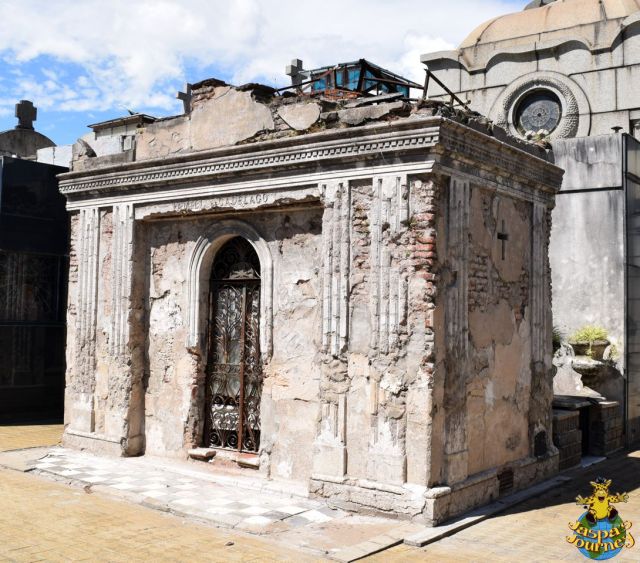 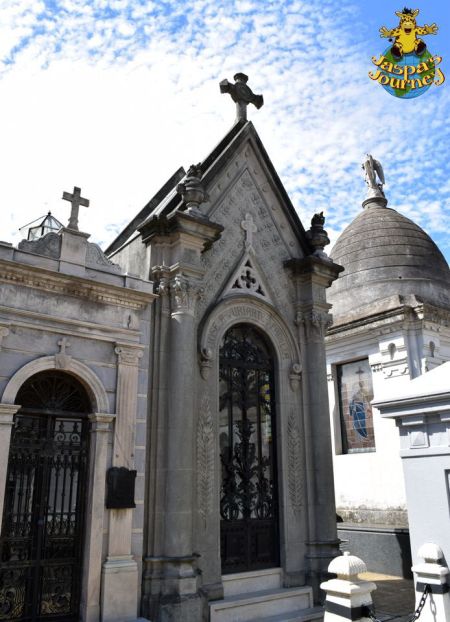 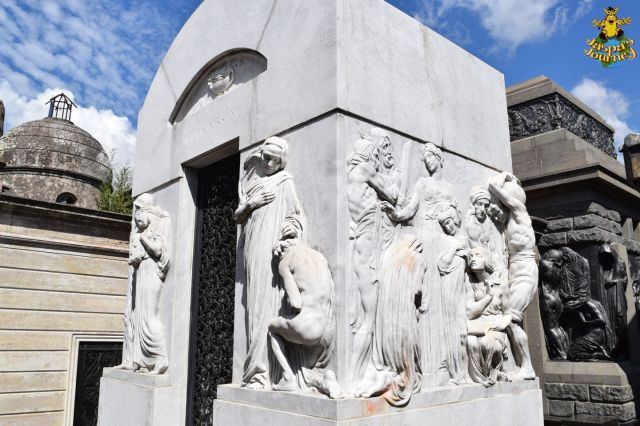 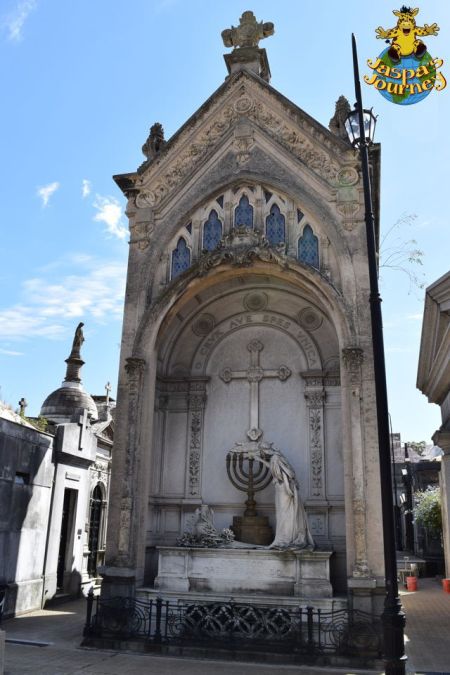 The cemetery is like a Who’s Who of Argentinean history. Anyone who’s anyone in Argentina is buried there, from presidents to artists, from soldiers to scientists. Here are a few examples… 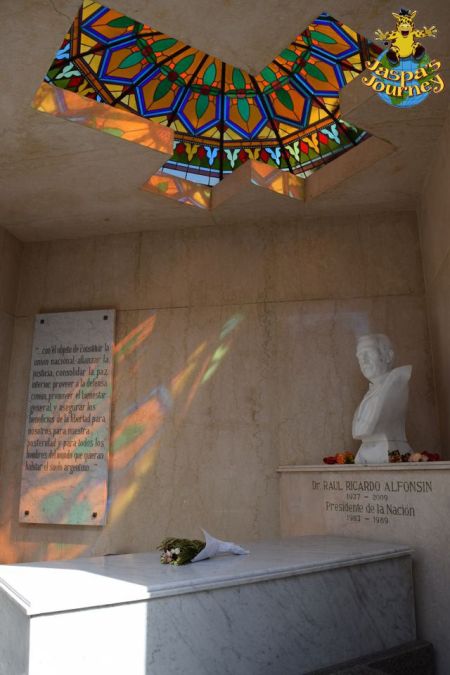 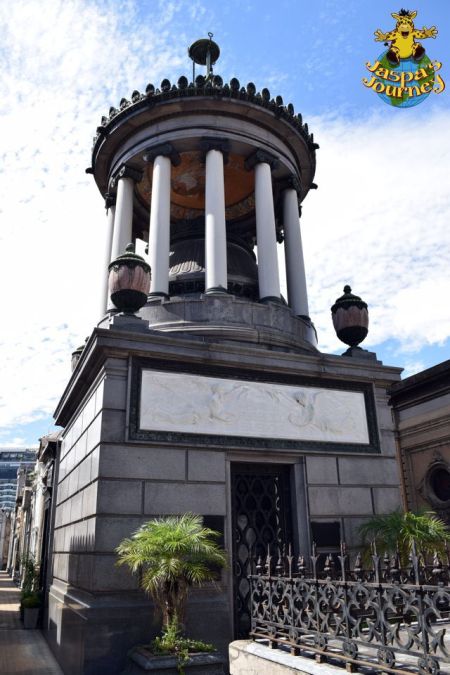 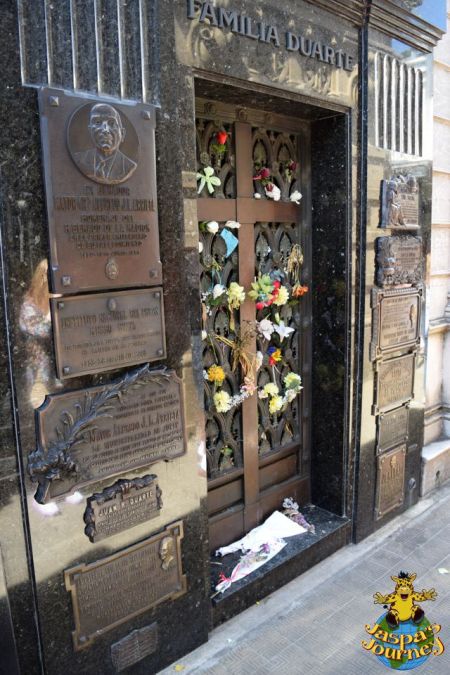 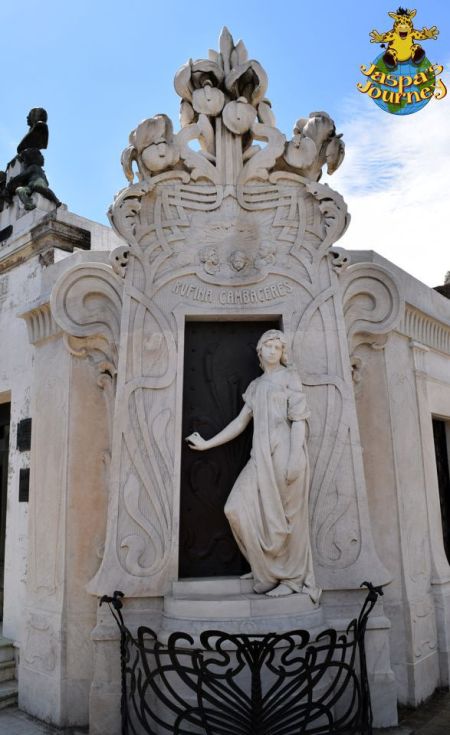 Rufina Cambacérès, who became more famous after her death:
A few days after her funeral it was discovered she’d woken up in her coffin and tried (unsuccessfully) to escape after being buried alive! Shudder!

Who knew X-Men got buried in Recoleta?!

There are many tales of partnership played out in the cemetery, some good, some bad some ugly…

Good: General Luis María Campos was a the founder of the Escuela Superior de Guerra (Superior School of War). If I remember the story correctly, the lady kneeling down to the left of his monument is his wife, welcoming him with a bunch of flowers. 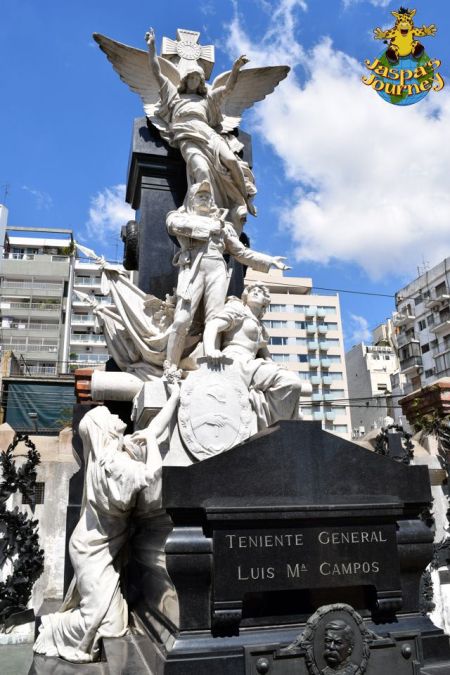 Bad: Salvador María del Carril was Argentina’s first Vice President and has an ornate tomb in Recoleta. Unfortunately, he and his wife, Tiburcia, did not exit this world as partners. So when she died, 15 years after him, she had a bust of herself placed so that she could forever have her back turned to him.

Ugly: Ramón Lorenzo Falcón became chief of Argentina’s Federal Police in 1906. During his time in office, he developed a reputation for his repressive (and sometimes lethal) tactics against protestors. He and his executive secretary, Juan Alberto Lartigau, were assassinated by a homemade bomb in 1909. Partners in life, their graves now stand side-by-side in one corner of the cemetery. 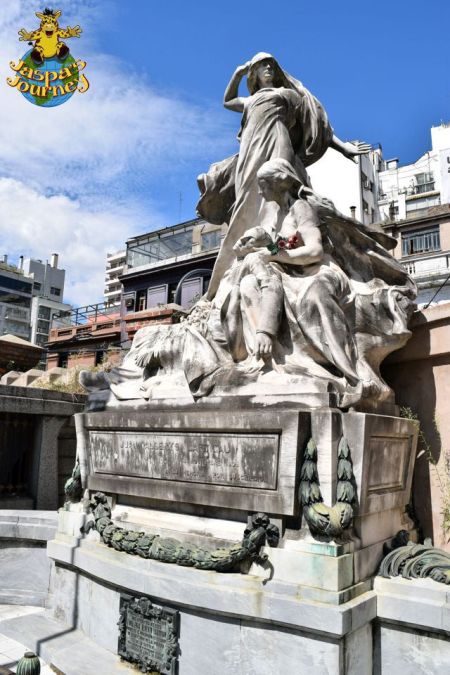 Really Ugly: South American politics in the 1860s was a messy affair. And Paraguay’s decision to march its army through Argentina on its way to Uruguay, despite Argentina refusing to give permission, turned out to be disastrous. Argentina partnered up with Brazil and Uruguay, and even conservative estimates state that within five years a full half of Paraguay’s population was dead. The Panteón de los Guerreros del Paraguay commemorates the partnership between the three allies. 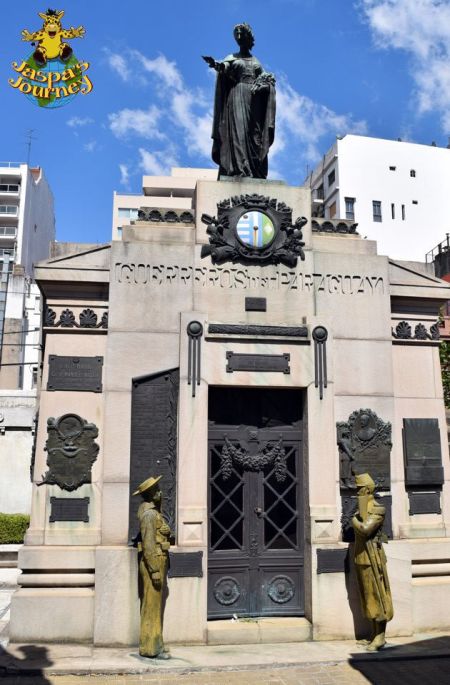 Good: Liliana Crociati de Szaszak was sadly killed in an avalanche in Innsbruck, Austria, in 1970, when only 26 years old. When her dog, Sabú, died some years later, a statue of Liliana and Sabú was added to the young woman’s memorial. Since then, a story has grown up that if you rub Sabú’s nose, you’ll one day return to Buenos Aires.

I’m sure that Liliana and Sabú would be happy to know that canine visitors to Recoleta are well cared for!

This post is inspired by this week’s photo challenges of Exits from Ailsa of Where’s My Backpack?, Partners from Michelle of the Daily Post, After from Hugh of Hugh’s News and Views, and Jo’s Monday Walk. 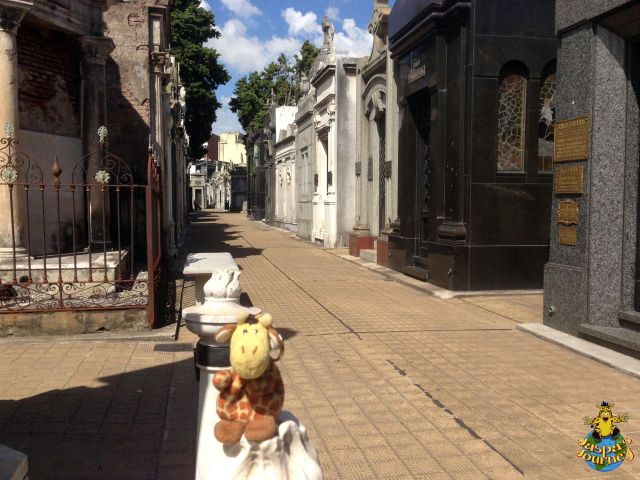 And if that’s not enough for you, the first Jaspa’s Journey adventure, The Great Migration, is now available in both paperback and ebook formats from Amazon and other online booksellers! The first two sequels are scheduled to be released by Speaking Volumes later this year.